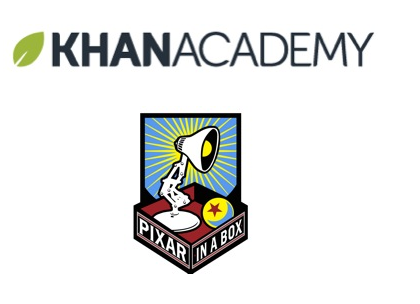 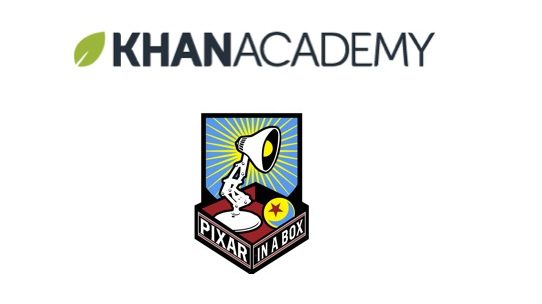 Khan Academy, one of the leading companies that offer free courses in a wide array of subjects, is teaming up Pixar to launch Pixar in a Box. The new initiative will be a free public course that teaches users about the technical, design and production techniques used to create Pixar animated films.

The courses included in Pixar in a Box will be taught by Pixar professionals and include coding a character, creating crowds, and character modeling. To see the full circular and begin learning, click here.

The details behind the next “Toy Story” installment have been scarce but this week, Pixar President Jim Morris gave fans some interesting information about what we can expect from Toy Story 4.

In an interview with Disney Latino’s blog, he revealed that the fourth installment would not necessarily pick up where the third film left off or even part of the trilogy.

“It’s not a continuation of the end of Toy Story 3,” Morris said of Toy Story 4. “Temporarily it is, but it will be a love story. It will be a romantic comedy. The focus is not going to be placed on the interaction between the characters and children.”

“The third film had ended in a very beautiful way and completed the trilogy. I think this film won’t be part of that trilogy. It’s a separate story, which I don’t know if it will have a sequel.”

John Lasseter is returning to direct Toy Story 4. Rashida Jones and Will McCormack wrote the script and Galyn Susman is producing. Lasted explained how they justified a fourth film,

“We love these characters so much; they are like family to us,” the exec, who also directed the first two Toy Story films, said in a statement. “We don’t want to do anything with them unless it lives up to or surpasses what’s gone before. Toy Story 3 ended Woody and Buzz’s story with Andy so perfectly that for a long time, we never even talked about doing another Toy Story movie. But when Andrew [Stanton], Pete [Docter], Lee [Unkrich] and I came up with this new idea, I just could not stop thinking about it. It was so exciting to me, I knew we had to make this movie — and I wanted to direct it myself.”

Finding Dory is still quite a bit away (A year and a half roughly!) but Pixar has revealed some of the plot details for the animated sequel. The details come from Pixar President Jim Morris during an interview with Omelete (via Collider).

The Finding Nemo sequel picks up six months after the first film. Dory is living a quiet life among the clown fishes. After going with Nemo on a class trip to see manta rays migrate back home, her home-sickness leads the forgetful Dory on a quest to find where she came from.

“The movie will be mostly set at the California Marine Biology Institute, a huge complex of sea life rehabilitation and aquarium, where Dory was born and raised,” Morris says. “We will get to meet new characters, like an octopus, sea lions, a beluga whale, among others.”

Ellen DeGeneres returns to voice the titular character while Diane Keaton and Eugene Levy voice Dory’s parents. Apparently, the setting was initially supposed to be elsewhere but it was changed after Gabriela Cowperthwaite’s controversial Sea World documentary Blackfish released and caused quite the stir.

Finding Dory will also see the return of the first film’s cast including  Marlin, Nemo and the Tank Gang with voice actors returning also including Albert Brooks and the addition of Willem Dafoe, Dominic West, Ty Burrell and Idris Elba.

A followup film to the massively popular Toy Story 3 has been rumored and teased since its release and today it was confirmed. The Walt Disney Company’s Chairman and CEO Bob Iger revealed that Toy Story 4 would be releasing sometime in 2017.

He also abounded that John Lasseter, who served as director on the original and who now serves as Chief Creative Officer for all three of Disney’s animation studios, has signed on to direct the fourth installment,

Whether Toy Story 4 will see the return of franchise alums Tom Hanks and Tim Allen along with the other cast members has not been announced.

More news is expected to be announced over the next several months.