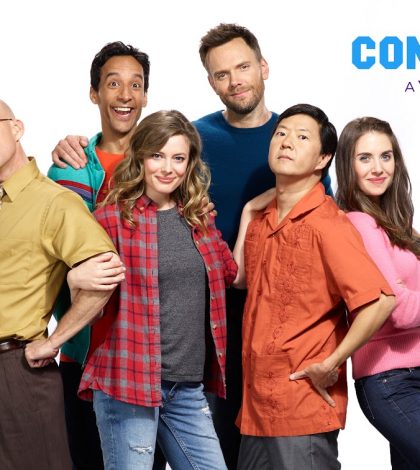 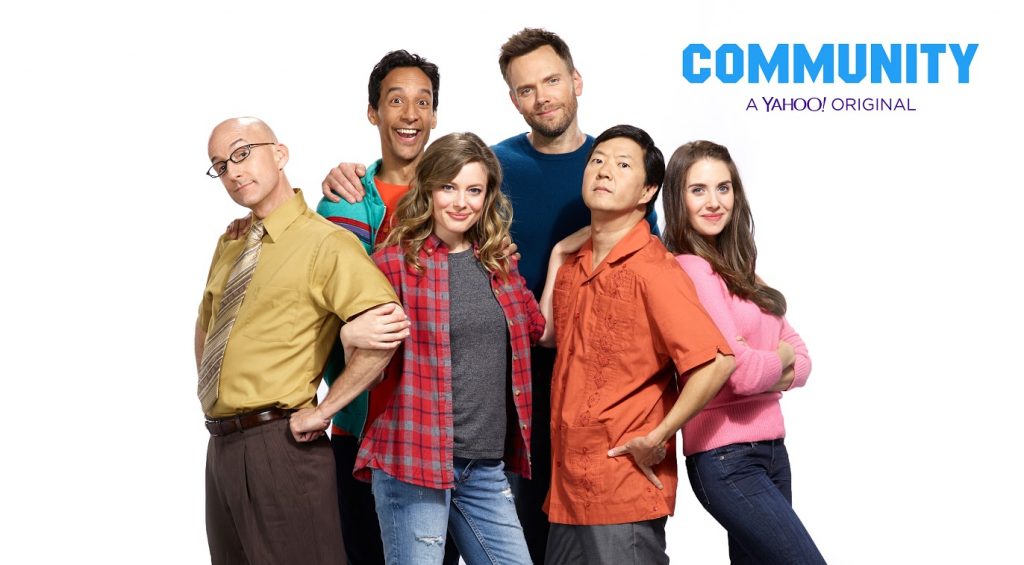 Hulu already has streaming rights to the first 5 seasons but it was announced recently that they have nabbed the rights to stream the sixth season of “Community.”

This is a huge win as the sixth season of the series actually streamed on Yahoo Screen (something most of us never got around to figuring out.) Now, the series will be complete thanks to Hulu purchasing the rights.

Now someone just needs to produce the movie and we will all be set.

Joe and Anthony Russo, names you might recognize because of their amazing work in the Marvel Universe, have announced their plans to reboot the cult-classic The Warriors into a one-hour drama series with Paramount and Hulu, according to reports from Deadline.

The Russo’s will work with writer Frank Baldwin however at the moment no director has been hired for the project. Lawrence Gordon, a producer of the original film, will executive-produce the new project, which seeks to “honor the original film while adding its own unique brand of grit, pulp, sex and violence.”

The Warriors is a 1979 film set in a dystopian ‘70s New York which is divided by gangs. After a leader who attempts to unite the street gangs is killed, The Warriors are falsely accused of his murder. The gang then must escape from their rivals who are seeking vengeance.

There is no word yet on when the series will premiere or begin production. 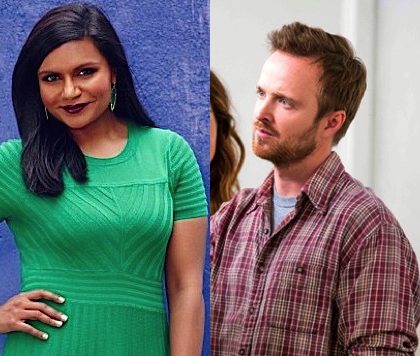 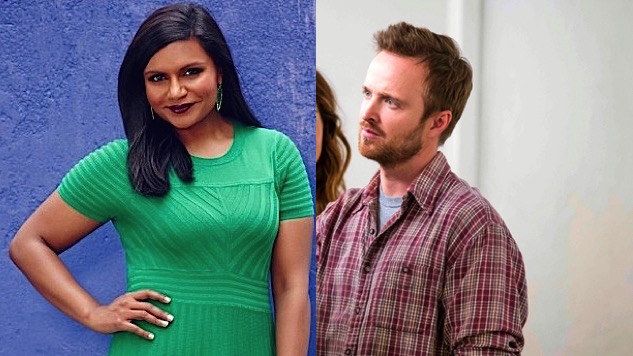 Because Hulu is no fool, the streaming service has officially renewed both The Path and The Mindy Project.

Both shows have been favorites for viewers. “The Path” stars Aaron Paul and follows a cult called Meyerism. “The Mindy Project” was previously cancelled by Fox for reasons I cannot figure out. It stars Mindy Kaling and will go into a fifth season.

Both shows have been extremely popular for Hulu. “The Path” has been widely acclaimed for its first season and “The Mindy Project” has only gained more popularity since the switch from Fox to Hulu. 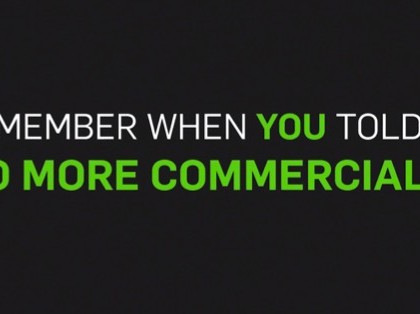 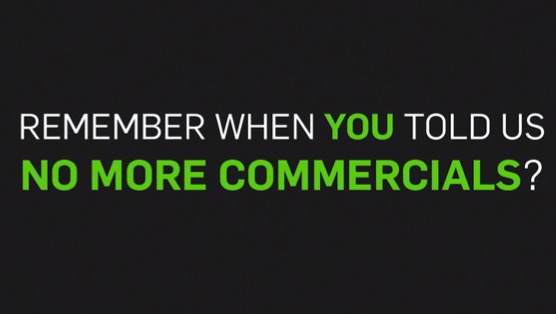 Remember how everyone has been bitching that Hulu costs you the same as both Amazon Prime and Netflix Streaming but still made you sit through ads? Well NO MORE! (for a few more dollars a month.)

Hulu has announced that they have a new tier in their streaming service that is commercial-free. They announced today via Twitter and a promotional video that commercial-free is now an option. Unfortunately, they will charge you more for their new commercial free subscription option at $11.99.

You can watch the announcement below:

Introducing #hulu‘s new commercial-free option. Limited Commercials or No Commercials… It’s up to you. https://t.co/KNzleEhx0I

Hulu announced last month that the company had acquired the streaming rights to iconic series, “Seinfeld.” Since then the question has been, when would the series hit the service?

Finally, we have a date. Fans won’t have to wait much longer as the long running series will hit Hulu beginning June 24.  This is the first time that the show will debut on a streaming service as well as it being the largest television acquisition for Hulu.

Hulu paid an amazing $180 million to begin streaming all 180 episodes of “Seinfeld.”

Currently, the stars of the series are doing pretty well in their post-“Seinfeld” lives. Jerry Seinfeld’s Comedians in Cars Getting Coffee has been renewed for several more seasons on Crackle as of last year while Jason Alexander is set to star in a new series on Adult Swim. Julia Louis-Dreyfus also stars in “Veep” on HBO.

Hulu has made a smart move. The streaming service has officially spent the incredibly large sum of $180 million to purchase the streaming rights for the iconic series “Seinfeld.” Hulu will soon have all 180 episodes of our favorite gang.

According to a report from “Business Insider,” the deal to stream all the episodes is poised to be one of the largest acquisitions in Hulu’s company history. The amount that Hulu is spending on these episodes is basically a million dollars per episode of “Seinfeld.”

There is a bit of unfortunately to this story. Netflix had also expressed interest in buying “Seinfeld” but instead bought the streaming rights to “Friends.” (Seems to me it would have been better the other way around but I don’t work for Netflix.)

Hulu announced on Friday that it has gained the exclusive streaming rights to the FX series, “Fargo.” The series will be available for streaming on Hulu Plus in 2015 before season two starts airing on the network.

“MGM has been our longtime partner and is a consistent distributor of premium content. After announcing our landmark output deal with FX Productions yesterday, this expanded partnership with MGM brings even more hit titles to Hulu.”

“We are thrilled to expand our partnership with Hulu and proud to continue to offer exceptional programming from MGM including the Golden Globe nominated and Emmy award winning series Fargo, continued fan-favorite Vikings as well as classic titles from MGM’s vast library.”

The first season of “Fargo” starred Billy Bob Thornton and Martin Freeman. When it returns for a second season in 2015 it will see a new cast featuring Kirsten Dunst and Jesse Plemons.

Yet another let down for the “Community” fan base. Sony and Hulu were in talks over the last few weeks to bring the show back for another season but now it seems the plans have faltered.

According to a report from TVLine, Hulu walked away from the negotiations about reviving the series for a sixth season.

Talks between Sony and Hulu began last month which came as no surprise considering the success of prior seasons of “Community” on the streaming service.

Despite the let down, TVLine asserts that “Sony does not give up that easily.” Does this mean that another avenue to bring back “Community” is still open? If so, Sony needs to be swift because the cast’s current deals are about to expire on June 30.

Every day “Community” fans wonder if the show will be revived as we religiously check the news outlets for any new information. This week at least we learned that show creator, Dan Harmon, confirmed that he is in discussions with Hulu about bringing the series back with the subscription based service.

“What I can’t say and what I’m pretty cynical about, just because I think it’s better to be pessimistic and be pleasantly surprised, is that they could make anything happen,” says Harmon, “It’s a big cast full of talented people with a lot of options. And when all that is done, you’d have to make a deal with me and I wouldn’t want to do it without (writer producer Chris) McKenna.”

Harmon explains that part of his cynicism comes from the losses the show has already experienced such as the exists of Donald Glover (Troy) and Chevy Chase (Pierce.) But hey they gained John Oliver and Jonathan Banks, that’s got to count for something right? Harmon also mentions that there is no guarantee that the entire cast would return for a sixth season.

Even worse is that Harmon doesn’t even seem sad about the cancellation of “Community” back in May after it’s fifth season.

“It didn’t really impact me in any huge way. I breathed a sigh of relief that it was all over. And then I had moments when I said ‘Wow, it’s really over and that’s a huge bummer.’”

So, “Community” fans, the question is, do we want the show to return when the creator’s heart really doesn’t seem to be in it?

Could #SixSeasonsAndAMovie actually happen? According to a report from The Hollywood Reporter, Dan Harmon is in talks with Hulu to bring “Community” back for another season.

“Community” already fares very well on the streaming service with the series ranking as one of the site’s best performing TV series.

“You can’t get to six seasons and a movie without six seasons,” Sony Pictures Television co-president Jamie Erlicht told THR on May 14, a week after NBC canceled the series. “We, more than any other studios, fight for shows that we believe in. This show had a remarkable history. There are real conversations we need to have with everyone as soon as we get back. We’ve been on the receiving end of some phone calls, but we really need to get together with the Community team and have real conversations and figure out the future. If there’s any show that should have a future or could have a future, it really feels like Community is the one.”

“If Dan Harmon feels that this is the darkest timeline, then we’ll figure out very quickly how to turn that around. So we need to get to our partner and we’ve had some really interesting conversations and a few incoming phone calls, which was really nice.”

Despite the fact that Harmon initially seemed rather “eh” about the show moving onto a new home, he has admitted that he “won’t be lukewarm” about a revival should it become a serious conversation. “I said ‘eh’ on a Friday afternoon, I will change it to a ‘sure, let’s talk’ on Monday morning and Sony can do their thing,” he wrote. “I’m not going to be the guy that re-cancels canceled Community.”

It should be noted that the powers at me are merely in talks which is WAY different than negotiations. But let us hope that “talks” evolves into “negotiations” over the next few weeks.