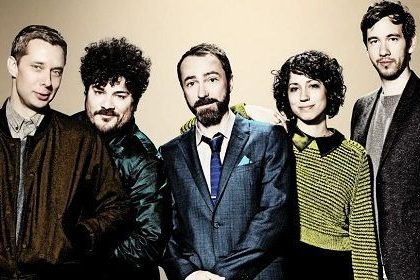 Shins’ frontman James Mercer has officially announced that the band will be releasing their fifth studio album in early 2017. Mercer announced the news in a recent interview with Portland’s KBOO 90.7.

“My intention was to have the record come out this year, but there’s inevitably these reasons that the label or whatever wants to postpone release, just so that they have more time to set things up,” he said.

The decision to postpone the release came from the label in order to work with the fact that artists’ revenue has become highly dependent on live performances. Mercer explained that festivals, Coachella in particular, are powerful influencers and release dates play a vital role in lineup placement.

Mercer described the forthcoming album – which is currently untitled – as sounding closer to their firth three albums rather than their most recent album, Port of Morrow. The slight change is sound is mainly due to Mercer producing the albums himself.

“I made a concerted effort on certain songs to fit the palette, to use the palette that I’ve used historically for the band,” he said.

He added that his “songwriting is stronger than it ever was.”

There is no word on the official release date or name of the album but it is expected to release in January of 2017.