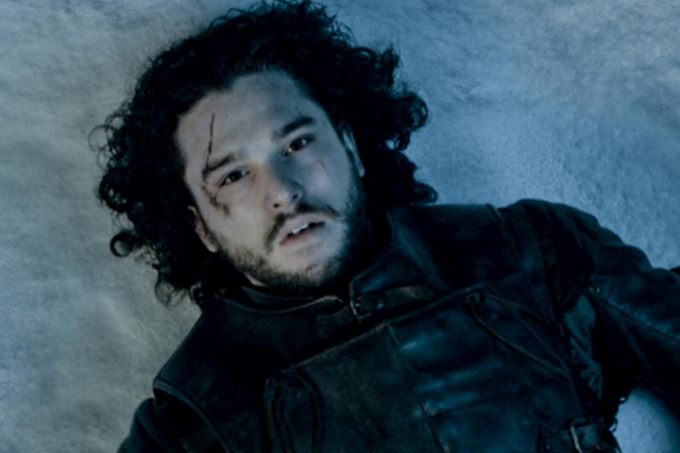 Obviously, there are spoilers ahead for all of “Game of Thrones” and A Song of Ice and Fire. If you don’t want lots of fan theories and spoilers from the show and book. Don’t read this article.

Last season ended with the shocking death of Jon Snow. Fans yelled, cried, and went into denial. Jon was a pivotal character in almost every theory of how the Game would end. To some he represented the “Ice” in A Song of Ice and Fire and to others he was the rightful heir to Iron Throne due to being a Targaryen and a Stark, and to most he was one of the few virtuous characters left in a world full of terrible, evil people. Regardless of your theory, his death was a blow to the fandom.

Then, a magical thing happened, it seemed that his death was not the end of Jon Snow, or so many many fans started to believe as they found signs everywhere. Actor Kit Harrington showed up in Belfast where the show is filmed (we doubt he is just there to hang out while the show is filming), HBO has yet to release the official death poster for the character like they do for every other character once they bite it, and Harrington has yet to cut his signature Jon Snow locks that he is contractually obligated to keep while on the show. Not to mention, the show has moved past the books in certain aspects so Jon’s fate is currently unknown in the source material. All these signs began to point fans to the idea that Jon was destined to come back from the dead, something totally not unheard of in the series.

“Dead is dead is dead. He be dead. Yes. Everything I’ve seen, heard and read, he is dead,” Lombardo said on last Thursday during the Television Critics Association’s summer press tour.

“We would hope that after seeing the scene and the way it’s shot that the answer to that will be unambiguous in the minds of the people watching it,” showrunner Dan Weiss told Entertainment Weekly, referring to season five’s final bloody scene. “It should be pretty clear what happens in by the time you’re done seeing that scene. It’s not an, ‘Oh what just happened scene?’”

Other than crushing the hopes and dreams of every single person who loves Jon Snow and “Game of Thrones,” we still don’t believe it. Fans are calling their bluff and I am one of them.

Jon Snow IS dead. I totally agree with that. Dead is Dead in the world of “Game of Thrones.” But that has NEVER stopped someone from coming back from the dead before. In the books, Catelyn comes back from the dead thanks to the Lord of Light (though HBO execs confirmed this won’t happen in the show) and obviously zombies type creatures, White Walkers, and other undead creatures are totally the norm.

So why can’t Jon return even if he is dead-dead?

There are several theories floating around but one of which I am a proponent. There is one person who has been known to bring people back from the dead and that one person conveniently rode into camp right before Jon Snow was killed. The Red Priestess.

I find it odd that she dips out of Stannis’ camp and arrives just in time for Jon to be killed. She arrived there for a reason, she looked him right in the eye. She knew something was up. Also I wouldn’t be surprised if this whole time she was manipulating Stannis to do the actions she needed in order to get Jon where he needed to be. She knew all along that Jon was the true king but she needed Stannis to play his part and the only way he would do it is if he thought he had a greater purpose.

So yes, HBO, dead is dead. Jon Snow is really dead. But Jon Targaryen has yet to live. I am calling your bluff.