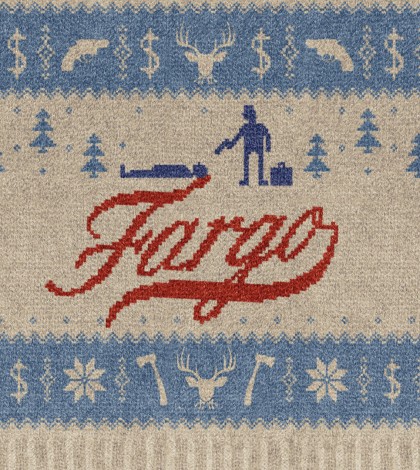 The third season of “Fargo” just got a double dose sexy. According to a report from EW, Ewan McGregor has been cast in the upcoming season in TWO roles. According to series executive producer Noah Hawley, season 3 will take place four years after the first season, in the year 2010.

McGregor will play brothers Emmit and Ray Stussy who are officially described as:

“Emmit Stussy is the Parking Lot King of Minnesota. A handsome, self-made, real estate mogul and family man, Emmit sees himself as an American success story. His slightly younger brother, Ray Stussy, on the other hand is more of a cautionary tale. Balding, pot-bellied, Ray is the kind of guy who peaked in high school. Now a parole officer, Ray has a huge chip on his shoulder about the hand he’s been dealt, and he blames his brother, Emmit, for his misfortunes.”

Hawley has also revealed that another character from the first season would be returning in the third season but it has not been revealed who that may be.

“As far as I know, there is one [character returning],” FX president John Landgraf previously said at TCA. “That doesn’t mean [Hawley] might not change his mind and there might not be more.”

“Fargo” season 3 will begin production later this year and will premiere on FX in 2017.

FX has officially renewed the brilliant show, “Fargo,” for a third season. The news was announced via a press release from Eric Schrier, president of original programming for FX.

In the release, he praised the show’s performance, reception, and amazing direction.

“Year two of Fargo is an extraordinary achievement,” said Schrier. “And, given Noah Hawley’s masterful storytelling, we can’t wait to see where the third, all-new version of Fargo takes us.”

Despite being renewed, he gave us no details about whether the third season would continue on with the same characters, change storylines, or change timelines.

There is also no detail on when the third season will premiere.

Season 2 of FX’s television adaptation of “Fargo” is almost here and they have released a new trailer set to Dr. John’s “Right Place Wrong Time.”

Set in 1979 Sioux Falls, South Dakota and Luverne, Minnesota, Lou Solverson (played here by Patrick Wilson) investigates the sticky diner murder, while also watching his back for one Watergate name drop, Ronald Reagan, passing through town on his campaign.

The upcoming second season of “Fargo” has finally revealed some key story details courtesy of showrunner Noah Halway. According to Halway, the second season will be “a lot bigger” than the first.

Playing opposite Dunst is “Breaking Bad’s” Jesse Plemons as her husband in the season, Ed Blomquist. The duo will find themselves caught in a war between a local crime gang and a major mob syndicate.

“The scope of the story-telling this season is a lot bigger, it has more of an epic feel to it. It’s not the ’70s in a Boogie Nights kind of way.”

Like the first season, season two of “Fargo” is loosely inspired by the Coen brothers’ film of the same name but with new stories and characters.

You can see the script below:

Hulu announced on Friday that it has gained the exclusive streaming rights to the FX series, “Fargo.” The series will be available for streaming on Hulu Plus in 2015 before season two starts airing on the network.

“MGM has been our longtime partner and is a consistent distributor of premium content. After announcing our landmark output deal with FX Productions yesterday, this expanded partnership with MGM brings even more hit titles to Hulu.”

“We are thrilled to expand our partnership with Hulu and proud to continue to offer exceptional programming from MGM including the Golden Globe nominated and Emmy award winning series Fargo, continued fan-favorite Vikings as well as classic titles from MGM’s vast library.”

The first season of “Fargo” starred Billy Bob Thornton and Martin Freeman. When it returns for a second season in 2015 it will see a new cast featuring Kirsten Dunst and Jesse Plemons.

FX officially announced that they renewed “Fargo” for a second season but with some surprises.

It was reported that season two would feature a brand new cast! And according to a report from TheWrap, the season will take place in 1979 following a younger version of Lou Solverson, the character played by Keith Carradine in the first season, as he returns from the Vietnam War.

“It gets hard to look past the actors. I like the idea that the character comes first and the actors are able to disappear into the role… That time period is really interesting in American history; post-Vietnam, post-Watergate, just before Ronald Reagan became President.”

Hawley revealed that the first season of “Fargo” was influenced by the films No Country for Old Men, A Serious Man, as well as the original film, Fargo. He explained that season two will be looking to Miller’s Crossing and The Man Who Wasn’t There in addition to Fargo for influence.

FX has officially released a full trailer for the upcoming  10-episode limited series, “Fargo,” premiering April 15! As you probably know, the series is based on the Academy Award-winning feature film of the same name. “Fargo” features an all-new “true crime” story and follows a new case and new characters, all entrenched in the trademark humor, murder and “Minnesota nice” that made the film an enduring classic.

Oscar winner Billy Bob Thornton stars as Lorne Malvo, a rootless, manipulative man who meets and forever changes the life of small town insurance salesman Lester Nygaard, played by BAFTA Award winner and Emmy-nominated Martin Freeman. Colin Hanks plays Duluth Police Deputy Gus Grimly, a single dad who must choose between his own personal safety and his duty as a policeman when he comes face-to-face with a killer. Allison Tolman also stars as Molly Solverson, an ambitious Bemidji deputy.

As if I could love Martin Freeman anymore after “Sherlock” and The Hobbit but now he is starring in the television adaptation of one of my favorite movies? Yes, please. Earlier this week, FX officially released the first stills for their upcoming series, “Fargo,” via Yahoo! Movies.

“Fargo” will premiere this spring in a limited run and features an all-new “true crime” story, following a new case and new characters, all entrenched in the trademark humor, murder and “Minnesota nice” that has made the film an enduring classic. As previously announced, Thornton stars as Lorne Malvo, a rootless, manipulative man who meets and forever changes the life of small town insurance salesman Lester Nygaard, played by Freeman. Hanks plays Duluth Police Deputy Gus Grimly, a single dad who must choose between his own personal safety when he comes face-to-face with a killer. 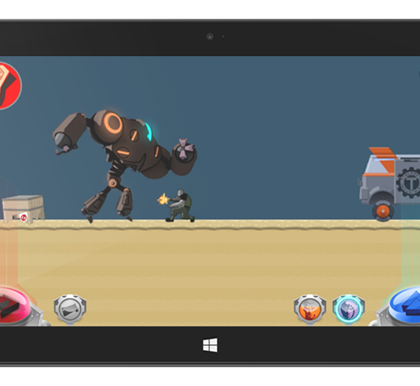 Colin Hanks, who is probably still on is quest to get into Stanford, has been cast in FX’s upcoming television adaptation, “Fargo.” According to the Hollywood Reporter, Hanks has joined the cast in one of the main law enforcement officer roles.  END_OF_DOCUMENT_TOKEN_TO_BE_REPLACED

According to a report from the Hollywood Reporter, the upcoming “Fargo” series from FX has finally cast the lead role. Martin Freeman, most known for his roles in The Hobbit, The World’s End and “Sherlock” will play Lester Nygaard, a similar character to the Jerry Lundegaard role played by William H. Macy in the original feature film. END_OF_DOCUMENT_TOKEN_TO_BE_REPLACED