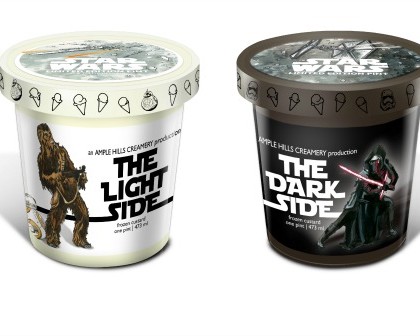 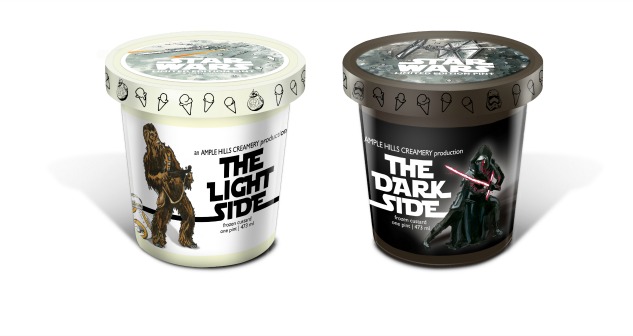 It is Star Wars week and you can’t look anywhere without seeing merchandizing of some kind. And ice cream isnt safe either it seems. Ample Hills Creamery has teamed up with Lucasfilm and Disney to bring ice cream lovers the world round limited-edition Star Wars: The Force Awakens ice cream flavors, according to a report from Entertainment Weekly.

“As a sci-fi writer in my past professional life, and a longtime Star Wars fan, this is a dream collaboration. And to be able to work with Lucasfilm and Disney Consumer Products to create new ice cream flavors that represent the two sides of The Force… that might just be the coolest thing we’ve ever done,” Brian Smith, who co-owns Ample Hills Creamery with his wife, Jackie Cuscuna, said in a statement.

You can get a pint of Ample Hills Creamery’s Star Wars flavors at AmpleHills.com and re-watch the ten trailers for the film in preparation for its highly anticipated release on December 18th.