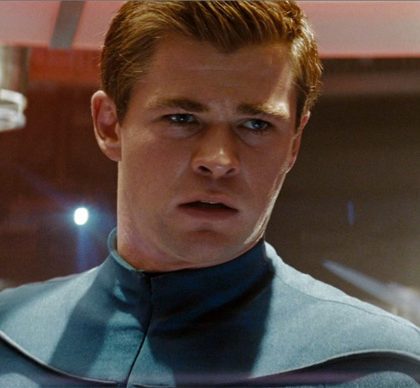 Star Trek Beyond is premiering later this week and Paramount Pictures have already confirmed that the crew of the U.S.S. Enterprise will return for another film, the fourth in the franchise, the currently unnamed Star Trek 4.

Interestingly, they also announced that Chris Hemsworth is returning as the young go-getting father of Chris Pine’s Captain Kirk. Kirk will finally get to meet the father he never knew but yet still left an indelible mark on the young leader.

You may remember that Hemsworth already appeared once before in 2009’s Star Trek as the character.

The remaining cast is also expected to return. (Except for Anton Yelchin who tragically died earlier this year. No word on plans for his character, Chekov.)

J.D. Payne and Patrick McKay will write the screenplay. J.J. Abrams and Lindsey Weber will produce through Bad Robot Productions. David Ellison and Dana Goldberg of Skydance will executive produce.

No director or release date have been confirmed for the film. There is no word on when the fourth installment will begin production either.

The series’ third film, Star Trek Beyond, is directed by Justin Lin and opens in theaters on July 22. 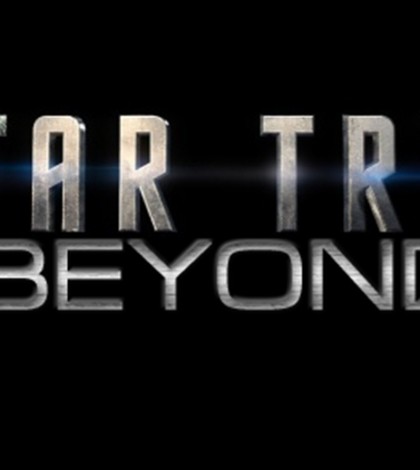 It is almost time for the theatrical release of the third Star Trek film and we have a brand new trailer to tide us over for the next two months.

Star Trek: Beyond sees Captain Kirk, Spock, Uhura, and the rest of the crew of the Starship Enterprise battling back against possibly their most dangerous foe yet. In the trailer we see The Enterprise being ripped to shreds in an attack and some of the crew, including Uhura have been taken hostage by the new alien bad guy Krall played by Idris Elba!

The third entry in the new franchise is the first to not be directed by J.J. Abrams unfortunately but it still looks pretty great. Star Trek Beyond will be directed by Justin Lin this time around.

“The one thing I wanted to make sure is that it hopefully represents that we are trying to be bold and take risks, whether we are successful or not, I don’t know,” he said. “The inside baseball version of the creation of this Trek was pretty condensed in how you usually make a movie of this size. And I wanted us to be bold, I wanted us to take chances.”

Star Trek Beyond is set to debut in the theaters July 22. Watch the new trailer below:

The third installment in the new series of “Star Trek” films has released the first trailer! Star Trek Beyond is almost here and the crew is back for another adventure ready to take on the galaxy. Helmed by J.J. The Force Awakens Abrams and Justin Lin, the script was written by Simon Pegg and Doug Jung.

The USS Enterprise crew, led by Captain James T. Kirk (Chris Pine), have been attacked by a powerful unstoppable wave of unknown aliens, who destroy the Enterprise, leaving them stranded on a new planet where they find themselves in conflict with a new ruthless enemy, while finding a way to get off the planet.

Alex Kurtzman, one of my favorite writers and directors right now, is bringing “Star Trek” back to the small screen! Kurtzman has previously worked on the  Star Trek and Star Trek Into Darkness films alongside his writing partner Robert Orci before they went their separate ways. Now their long time project of bringing the science fiction staple back to television is coming to fruition according to Deadline.

The series is slated to premiere January 2017 on CBS All Access and will introduce new characters, new worlds and new civilizations, while keeping the contemporary themes that have characterized the franchise since its 1996 debut, according to the network.

A special preview of the series will broadcast on the CBS network. The premiere episode and all subsequent episodes will then be available exclusively in the U.S. on CBS All Access. The series will also be distributed concurrently for television and multiple platforms around the world by CBS Studios International.

“There is no better time to give ‘Star Trek’ fans a new series than on the heels of the original show’s 50th anniversary celebration,” said David Stapf, President, CBS Television Studios. “Everyone here has great respect for this storied franchise, and we’re excited to launch its next television chapter.”

Reportedly, Kurtzman has been meeting with potential writers for the past few months while he will executive produce the CBS TV Studios-based series.

Despite the fact that Kurtzman and Orci’s CBS TV Studios-based Kurtzman/Orci Paper Products is still a thing, Kurtzman will work alone since the duo split earlier this year. 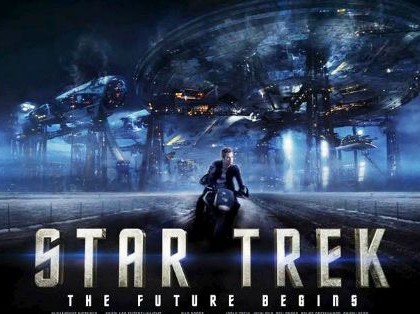 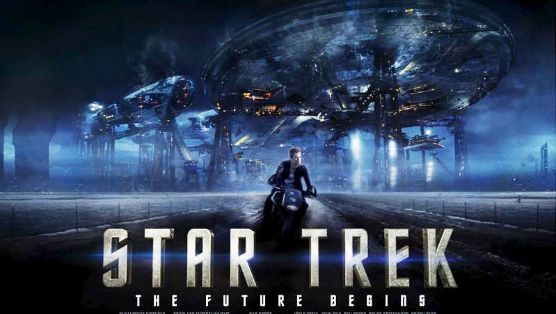 The third installment in the “Star Trek” franchise has gotten a new release date, according to Variety. Star Trek Beyond will not release on July 22, 2016.

The film was originally slated to premiere in theaters on July 8, 2016 which was the same day as Warner Bros.’ King Arthur and Fox’s Ice Age: Collision Course. There has not been an announced reason for why the date shift.

The 2016 release of Star Trek Beyond will mark the 50th anniversary of the show.

Star Trek Beyond is being directed by Justin Lin. The first two were directed by J.J. Abrams who is currently busy being awesome in “Star Wars” universe with Episode VII. However, Abrams is still producing the third installment. Roberto Orci who also worked on the other films, will return as a producer despite having broken up with his writing partner Alex Kurtzman.

Much of the original cast will return, including Idris Elba, Zoe Saldana, Simon Pegg, Anton Yelchin, Karl Urban and John Cho, with Chris Pine and Zachary Quinto in the starring roles.

The plot of Star Trek Beyond has not been announced.

I think we can all agree that every movie could use more Idris Elba. It seems that studio execs agree and he is currently in talks to play the villain in the upcoming Star Trek 3 film.

According to a report by Nerdist, Elba would probably play the leader of the Klingons, one of the most known antagonists in the Star Trek world. The antagonists appeared briefly in the last film, Star Trek into Darkness and are so far rumored to be in the story of Star Trek 3 from Justin Lin.

Elba is most known for playing roles like Stinger Bell in “The Wire” and John Luther in the BBC series “Luther.” He has also appeared in several of the Marvel Cinematic Universe films as Heimdall in Asgard.

Ever since Roberto Orci dropped out of writing the third “Star Trek” film, the film’s script future has been left in the unknown ether of Hollywood. Last week the studio finally hired a replacement writer by way of “Star Trek” star Simon Pegg.

Pegg stars in the new franchise as Scotty but will now take on a new role as he will begin developing the script for Paramount Pictures. He will work on the script alongside co-writer Doug Jung (Dark Blue, Banshee)

This isn’t the first foray into writing for Pegg. He has previously scripted Shaun of the Dead, Hot Fuzz and The World’s Endwith writer/director buddy Edgar Wright. However, this is the first drama film he will be working on in the writing capacity.

The third Star Trek is set to hit theaters on July 8, 2016. The official title for the film hasn’t been announced yet.

Roberto Orci has officially ended his directing relationship with the Star Trek film franchise. The director, who recently broke up with his writing partner Alex Kurtzman, had signed on to take over the franchise for J.J. Abrams. However, that no longer seems to be the case.

Orci will remain on the payroll as a producer according to The Hollywood Reporter.

His reasons for stepping down suddenly from the helm have not been revealed. But it comes just a few months after his ended his professional relationship with longtime friend and partner Kurtzman. The duo have worked together or separately on dozens of critically acclaimed films and television shows including Mission: Impossible III, Transformers, Watchmen, Star Trek, Transformers: Revenge of the Fallen, Star Trek Into Darkness, Ender’s Game, The Amazing Spider-Man 2, “Alias,” “Fringe,” and “Sleepy Hollow.”

According to a report from Variety, Roberto Orci is officially on board to direct the upcoming “Star Trek” feature. Orci is joined on the project by screenwriters Patrick McKay and J.D. Payne.

Orci previously served as screenwriter for Star Trek and Star Trek Into Darkness.

There is currently no plot or timeframe for the next installment in the franchise. However, the franchise is celebrating its 50th anniversary in 2016. Yet there is no word on whether the next film will tie into the anniversary.

Zachary Quinto has recently revealed a few details regarding the next film in the new Star Trek franchise. END_OF_DOCUMENT_TOKEN_TO_BE_REPLACED