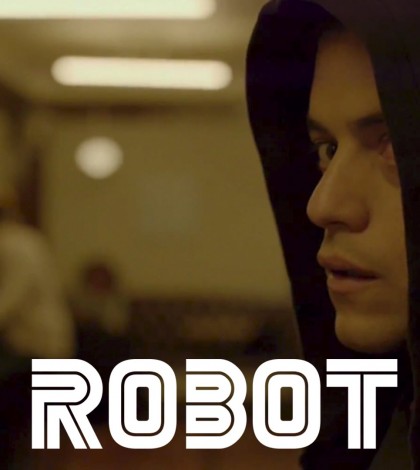 In a very smart move, USA has officially announced that “Mr. Robot” will return for a third season. The series was recently nominated for six Primetime Emmys and consistently voted one of the best shows on the air.

Mr. Robot follows Elliot Alderson (Rami Malek), a cyber-security engineer with mental health problems, who becomes involved in the underground hacker group fsociety, after being recruited by their leader (Christian Slater). Following the events of fsociety’s five/nine hack on multi-national company Evil Corp, the second season explores the consequences of that attack as well as the illusion of control.

“We couldn’t be more proud of Mr. Robot, a series that has pushed boundaries, captured the cultural zeitgeist, and been honored as one of the best dramas on television. Midway through its second season, Mr. Robot continues to break new ground and open up new opportunities for the network. We can’t wait to see where Sam Esmail and the entire brilliant Robot team take us next.”

“Being the home studio for this wonderful, completely original show is an exhilarating experience. Sam and company just keep taking it to another level. We can’t wait to get going on Season 3… as soon as we finish Season 2!”

Arguably one of the best shows of 2015 and definitely the best show on USA, has debutes the first trailer for the upcoming second seasons. “Mr. Robot” is returning for its second season on Wednesday, July 13 at 10/9c and you can watch the new trailer below.

“Mr. Robot” follows Elliot Alderson (Rami Malek), a young cyber-security engineer who becomes involved in the underground hacker group fsociety, after being recruited by their mysterious leader (Christian Slater). Following the events of fsociety’s 5/9 hack on multi-national company Evil Corp, the second season will explore the consequences of that attack as well as the illusion of control.

One of the best new shows of the year, if not THE best, “Mr. Robot,” will reportedly bee added to Amazon’s list of exclusive Prime offerings in 2016.

Prime Video will feature all ten episodes of the first season of Mr. Robot, which originally aired on the USA network in the US. The series will also premiere on the Prime platform in the UK, Germany, Austria and Japan in 2016.

Mr. Robot follows Elliot Alderson (played by Rami Malek), a young hacker who joins up with the titular Mr. Robot (Christian Slater) to form a hacktivist group and wipe the debt slate clean by taking down one of the world’ largest corporations.