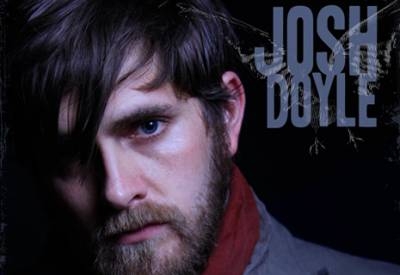 UK frontman from the band The Dumdums, Josh Doyle, has released his debut solo album in the United States. The self-tiled album is the product of recordings sessions with Grammy Award-winning producer John Shanks (Van Halen, Melissa Etheridge), who was initially slated to record an EP with Doyle after he won the title of “the nation’s top undiscovered singer-songwriter” from Guitar Center’s first-ever singer-songwriter competition.Impressed by Doyle, Shanks convinced the brand to help record a full-length album as well as bringing in a handful of industry heavyweights to help in the process.

Doyle commented on the album saying,

“I just got lucky enough to go into a great studio with living legends and record on the fly like the old days. I wrote these songs as a regular person, living and working a full time job like everyone else, dealing with real life. What comes out is musically rich and lyrically real, which is the kind of music I love.”

Josh recently made his US television debut on Jimmy Kimmel Live, performing the album’s first single “Solarstorms.”  The song’s video is set to debut in the coming weeks, but until then, fans can preview the entire album onJoshDoyle.com or download it on iTunes.  Stay up-to-date on his 2013 tour plans via his website and through Facebook and Twitter.