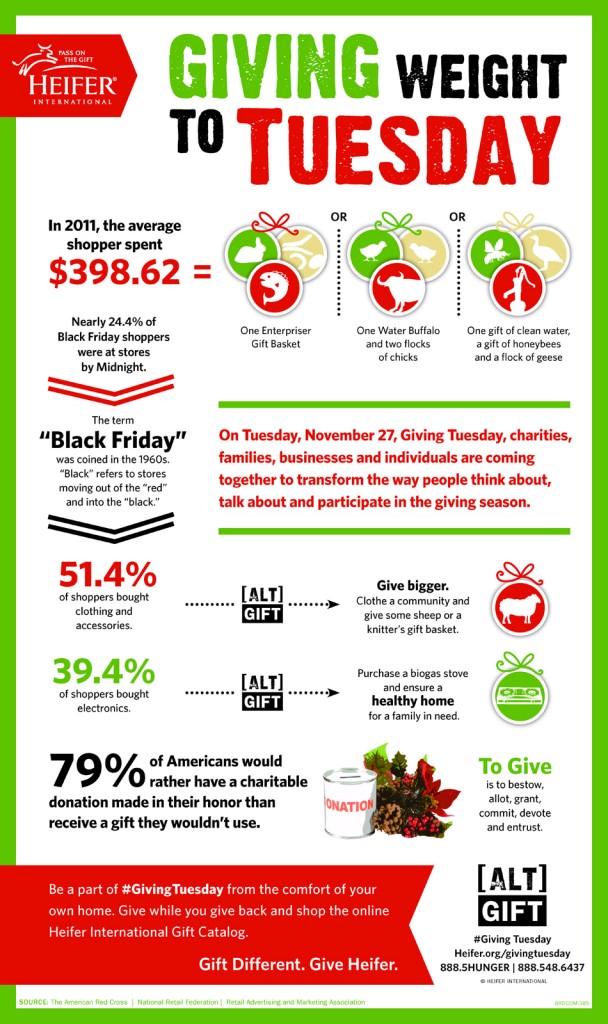 Today sits as the first annual Giving Tuesday, a charitable-gifting initiative that features Heifer International. Observed for the first time this year, Giving Tuesday is a charitable alternative to the excess of the holiday season, where presents can change lives instead of simply changing hands.

The new day is an opportunity to include different and alternative gifts this season. Unlike Black Friday or Cyber Monday, Giving Tuesday demonstrates that holiday shopping can be about both giving and giving back. By purchasing a Heifer International gift on Giving Tuesday, you can help combat hunger and poverty among families in dire need while checking someone off your gift list.

Gifts like a flock of ducks ($20), a llama ($20-150) or a water buffalo ($25-250) can provide rural families with products like eggs, milk, manure and draft power, enabling farmers to grow their family businesses. Additional income from Heifer International gifts can be used for school, medicine or other household improvements. Heifer International’s charitable reach extends to 42 countries, including China, Nepal, Brazil, Rwanda, Armenia and the USA. Based on the simple idea of giving families a source of food rather than short-term relief, Heifer has given millions of families the gifts of self-reliance and hope.

Hiefer Internation and the program has been supported by celebrities such as Ed Asner, Adrian Grenier, Susan Sarandon, Kirsten Dunst, Jane Fonda and Allison Janney among many others.

Giving Tuesday has also had great coverage on Mashable and MSN Causes. 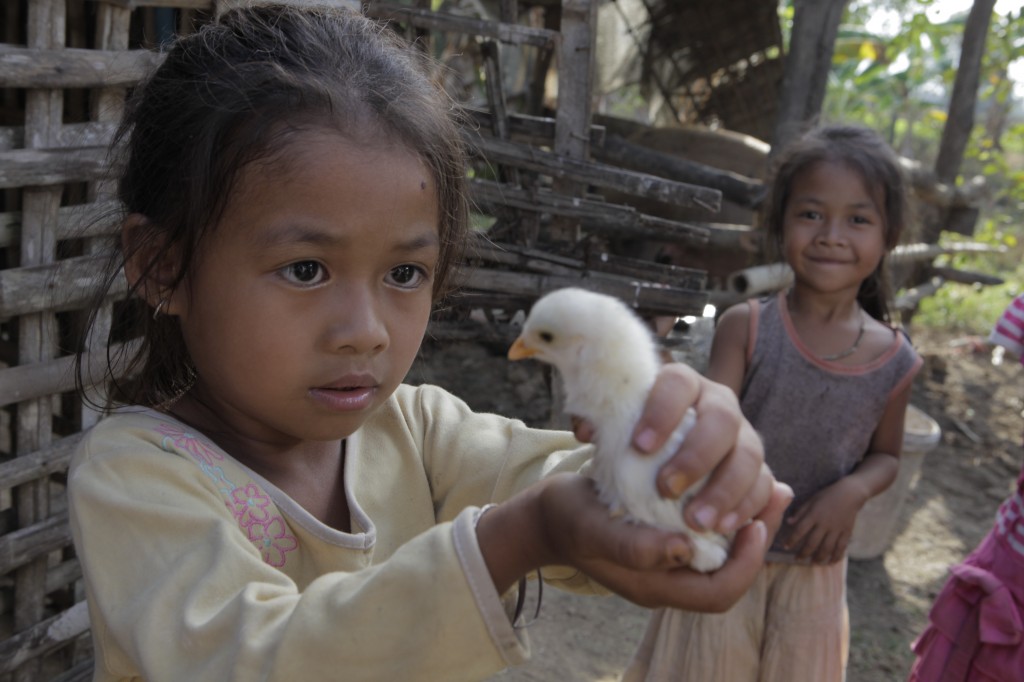 Each chick is a life-saving gift for five-year-old twins Roeuny Chanda and Roeuy Chandy from Cambodia. (Photo by Russell Powell, courtesy of Heifer International) 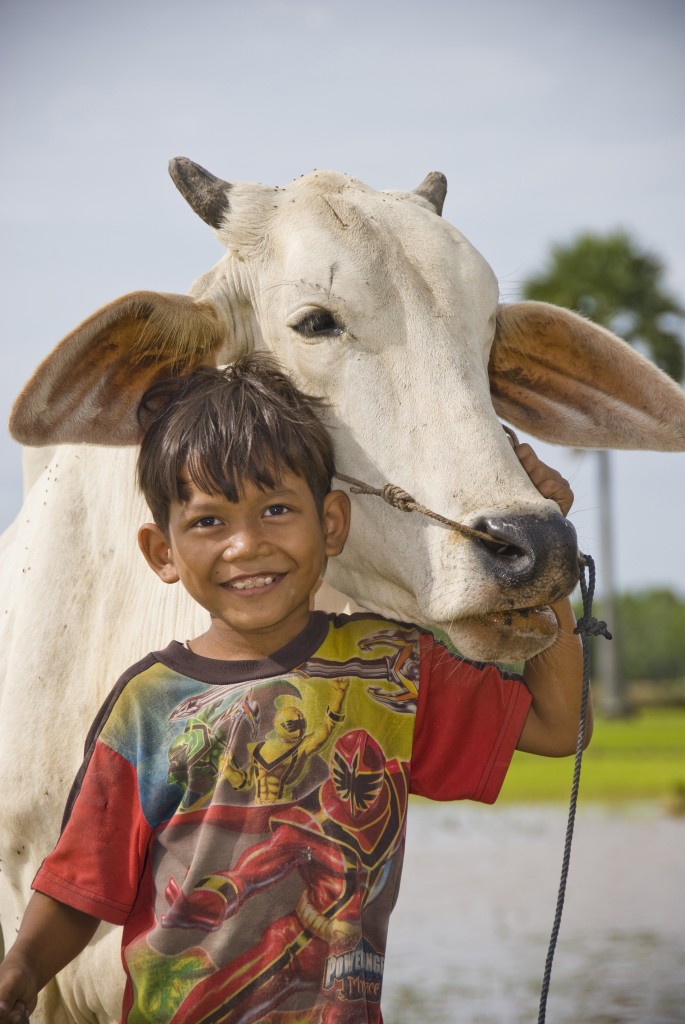 “Cham Udom of Cambodia with heifer”