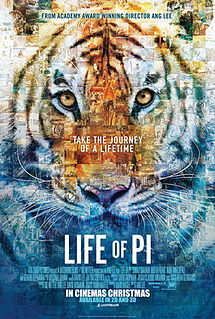 With Life of Pi, director Ang Lee (“Brokeback Mountain”; “Crouching Tiger, Hidden Dragon”) creates a groundbreaking movie event about a young man who survives a disaster at sea and is hurtled into an epic journey of adventure and discovery.  While cast away, he forms an amazing and unexpected connection with another survivor…a fearsome Bengal tiger.  The film takes us through a young man’s incredible adventure – at turns thrilling and spiritual; harrowing and triumphant; humorous and inspirational. Mr. Lee’s vision, coupled with stunning 3D visuals, has turned a novel long thought un-filmable into a thrillingly audacious mix of grand storytelling and powerful and provocative themes.

The sale will feature over 37 props from the set including:

“The Making of Life of Pi” Hardcover Book signed by Director Ang Lee, $200: Get the inside story of how renowned Academy Award®-winning director Ang Lee brought the Yann Martel’s international bestseller to life as a 3-D film. The books are signed by Ang Lee himself, and are beautifully illustrated with 275 stunning photographs and illustrations.

Saris & Jewelry, $400-$1,200: In Pi’s flashbacks, the women are draped in the jewelry and saris in rich vibrant hues from purples and golds to bright reds, magentas, oranges and deep turquoises that are worn by various characters throughout the film.

Faux Turtle Shell, $3,400: When out at sea, struggling for survival, Pi uses this hollowed out (faux) sea turtle shell offering some sense of civilization to his experience.

Tiled Stool, $1,200: This intricately tiled stool/table is taken from Pi’s home in India.

In addition, Ang Lee has chosen to donate the proceeds from the authentic prop sale to the Orangutan Foundation International,after his inspirational experience visiting the facility while doing research for the film, Life of Pi (http://www.orangutan.org/). To become a member of Gilt.com and access these special sales, please log onto www.gilt.com/lifeofpi

In this article:Ang Lee, Gilt, Life of Pi