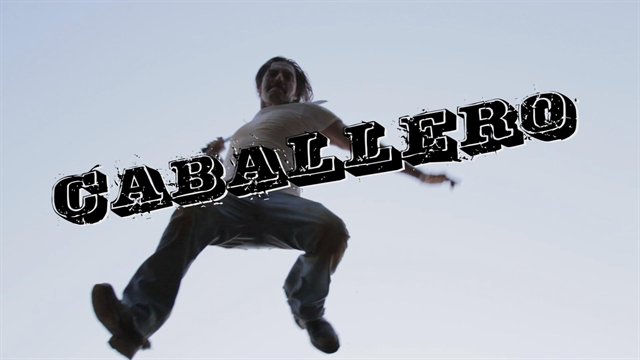 With the recent release of the fourth episode of “Caballero” independent Texas filmmakers known as the Nac Film Theory are now appearing on multimedia websites such as Houston’s Voice.

The series follows the sometimes deadly pursuit of the American dream, as a lone hero continues his journey of survival against murderous villains.

With “Caballero,” Nac Film founder Carmona believes all audiences can connect with the issue.

“My piece is not focused on one man. Immigration is usually two sides. What ‘Caballero’ shows is that it doesn’t just affect Mexicans,” he says.

Focusing on the human trafficking epidemic in the US and throughout the world where people known as “Coyotes” escort foreign nationals across the U.S. border with the lure of “a better life.” These nationals, particularly young women, often find
themselves forced into slave-like situations and subjugated to activities such as prostitution.

The hero of “Caballero” sets out to rescue such people. Carmona describes him as the “Chicano Batman” and bringing the huge often overlooked problem to the spotlight.

These independent film makers also have more than just the heart behind them, they also have the help of famed director Robert Rodriguez. Rodriguez is the mastermind behind popular film franchises such as “Spy Kids,” as well as cult hits like “El Mariachi” and “Machete.”

Carmona says that “Machete” was the inspiration for his serial story and that it began when he had a small part in the film and wondered what would have happened had his part of the story continued.

Nac Film Theory believes in using whatever is neccessary to create quality productions which will often include using people and locations from their own networks and communities when they are in need of sets and actors. The independent group has plenty of participation for its productions, as enthusiastic citizens from Texas towns like Center City and Nacogdoches star in the group’s work.

To continue following the “Caballero” series as well as Nac Film Theory’s other works, go to www.nacfilmtheory.com.

In this article:Caballero, Nac Film Theory