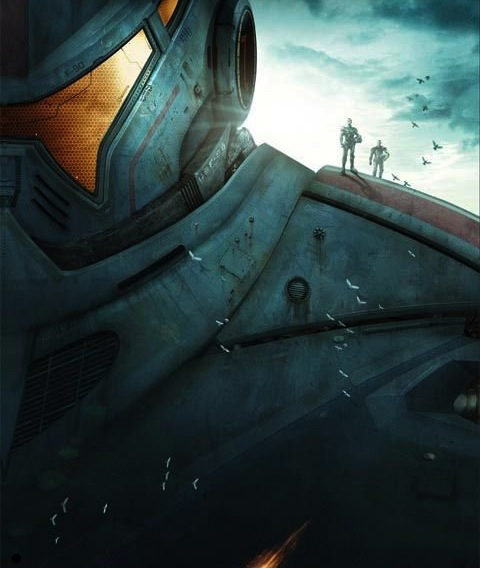 On July 12, 2013, Pacific Rim hits theaters and it will be a film you won’t want to miss. This upcoming science fiction film is directed by (cinematic genius) Guillermo del Toro with a screenplay written by Travis Beacham. The film is set in a world with possibly one of the coolest co-stars: giant monsters who have risen from beneath the ocean. Kaiju anyone? Yes, please.

I think it is safe to say, you need to see this film and here is why.

Toro has said the film will be “a beautiful poem to giant monsters”.

I have extreme faith in Toro after seeing Pan’s Labyrinth and The Orphanage. He can brilliantly weave together tales with beautiful cinematography, talented actors, and a story that always tugs at your heart-strings.

It is rare to have a director who loves his projects as much as Toro does.

“This is my most un-modest film, this has everything. The scale is enormous and I’m just a big kid having fun.”

For this film, Toro drew inspiration from Francisco Goya’s The Colossus and he later told a reporter he hoped to “evoke the same ‘sense of awe’ with the film’s battles.” I don’t think fans should doubt or question Toro’s ability. From all the different genres of films he has created, not one has ever been a disappointment.

When legions of monstrous creatures, known as Kaiju, start rising from the sea, a war begins that takes millions of lives and consumes humanity’s resources for years on end. To combat the giant Kaiju, a special type of weapon is devised: massive robots, called Jaegers, which are controlled simultaneously by two pilots whose minds are locked in a neural bridge. But even the Jaegersprove nearly defenseless in the face of the relentless Kaiju. On the verge of defeat, the forces defending mankind have no choice but to turn to two unlikely heroes – a washed up former pilot (Charlie Hunnam) and an untested trainee (Rinko Kikuchi) – who are teaming to drive a legendary but seemingly obsolete Jaeger from the past. Together, they stand as mankind’s last hope against the mounting apocalypse.

How does this not sound totally fucking awesome? There are very few things in this world that are cooler than giant fucking robots fighting giant fucking monsters from the sea. You may be thinking, “C’mon, this sounds like a SyFy movie ,” but trust me, with Toro at the helm it will be anything but.

This movie will be playing right into our childish memories of playing with action figures creating epic battles on the floor of our living room.

One of my favorite parts about the release of a big sci-fi film, is all the work that is put into viral marketing the project. So far, Pacific Rim has released some exclusive footage teasing the film as well as official blueprints for the films giant robots.

The footage was presented as a YouTube account has been posted that shows a news report of a Kaiju attacking San Francisco (the first place highlighted on the Pan Pacific Defense Corps Map). This is our first glimpse at the Kaiju from Pacific Rim and if you aren’t excited after seeing this, something is wrong with you.

You can watch the video below:

The studio also released blueprints for the Jaegars which will satisfy any curiosity you have about the special weapons from the film. 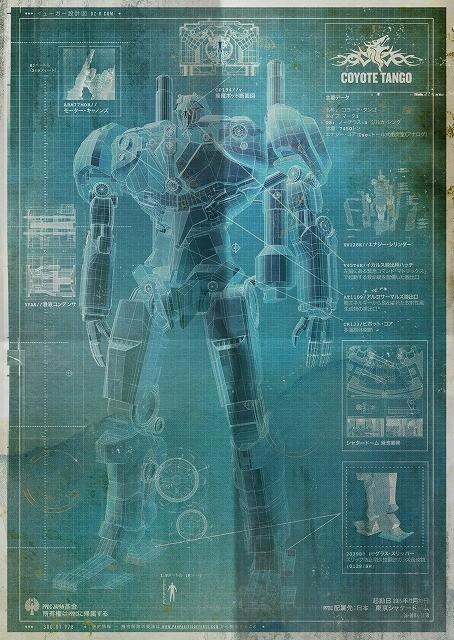 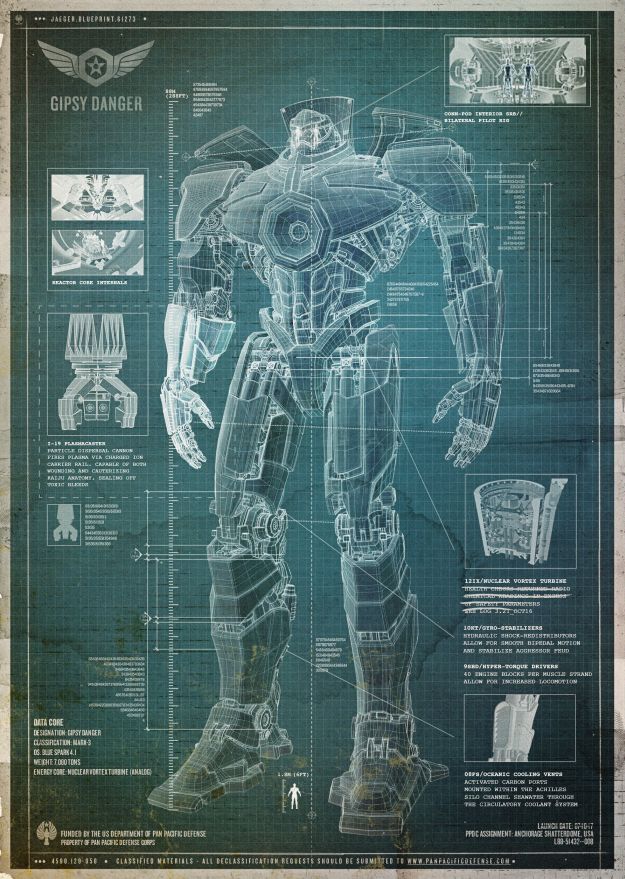 An official viral marketing website has officially kicked off as well. Pan Pacific Defense Corps allows you to see a ‘Kaiju Alert Test’ video and a classified document to the Great Britain Air Command has come online as well. You’ll also find a countdown on the website, presumably for the first trailer, that is set to hit ‘zero’ on December 12. 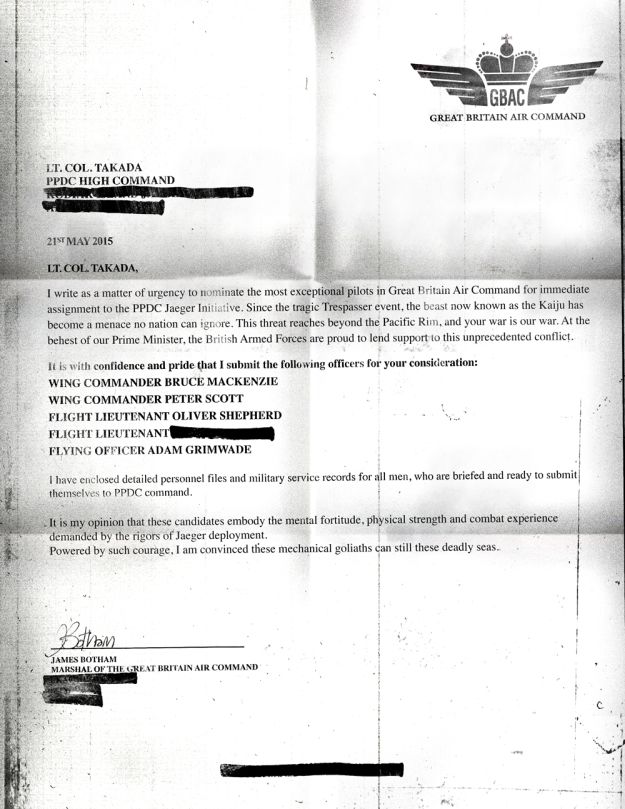 The cast includes several actors who have worked with Toro in the past such as Perlman and Elba. Like other directors who use frequent collaborators, Toro also enjoys working with a team he already knows and trusts. This adds a bigger sense of camaraderie between the cast members as well as a better film when it comes to collaborating the scenes.

Also, if you have seen Prometheus you should already love Elba. Same goes for Perlman and the HellBoy film series.

This is the most superficial item on this article, but I don’t care. Because this: 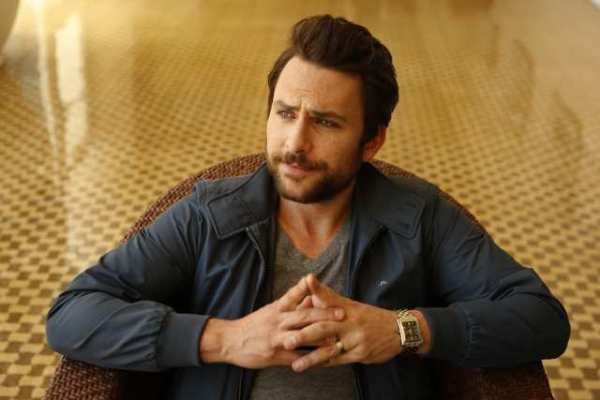 But don’t worry. His character in Pacific Rim will not be Charlie Kelley, but a serious role that will really allow fans to see his acting chops (with a touch of comedic relief of course.)