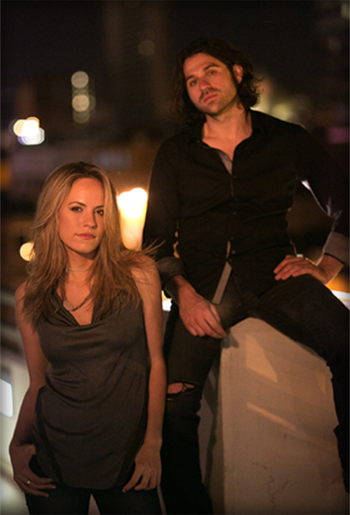 Haley & Michaels, the Nashville Independent Award winning due, recently shared their official video for the single, “Wanted.” The track is an acoustic rendition of Hunter Hayes’ chart topping hit. The pop-country duo is about to release their debut album after working with Mikal Blue (Colbie Caillat/Five For Fighting) and Warren Huart (The Fray/James Blunt). The album is set to be out later this year.

Fans can be sure to check out the lyric video for the single, “The Price I Pay,” and keep an eye out for an official music video coming soon.

The duo, often compared to the likes of Lady Antebellum and The Band Perry, met in Nashville in January 2011 and played their first show together that December at The Red Devil Lounge near their shared hometown in the San Francisco Bay area. Music Connection asserted that the “radio-ready first single brilliantly showcases the tight, well-blended harmonies that are close to constant in their music.”

For more on Haley & Michaels, visit their official site at haleyandmichaels.com.

You can watch the video for “Wanted” below: