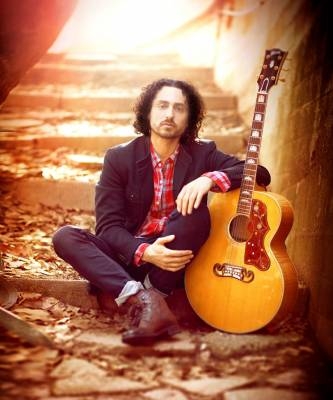 Keaton Simons, the former Maverick and CBS Records recording artist, has announced that he will be releasing his next album on April 30th, 2013. His sophomore album is entitled, Beautiful Pain, and was co-produced with Mikal Blue (Colbie Caillat, One Republic) and mastered by Gavin Lurssen of Lurssen Mastering, will be distributed through ADA distribution (Warner Music Group). The album includes co-writes with friends and peers Jason Mraz, Jason Reeves, Glen Phillips (Toad The Wet Sprocket) and Mikal Blue amongst others.

Keaton Simons will be releasing the title track, which will also serve as the first single, from the album digitally on February 5th.

Beautiful Pain is Simons’ most universal album to date and maintains his high-caliber of songwriting, production, and musicianship. With the exception of the drums, which are played by the United Nations’ Musical Director, Robin DiMaggio (Paul Simon, David Bowie, Lopez Tonight), all instruments on the album are played by Keaton Simons. Additional featured artists on the record include Alex Al (bass), Lenny Castro (percussion), Zac Rae (keys), Tyler Hilton (piano, vocals) and Tower of Power’s Bill Churchville (trumpet, trombone) and Sean Hill (saxophone).

Since his 2004 debut EP Currently (Maverick) and 2008 full-length Can You Hear Me (CBS Records), Keaton has tour nationally and internationally, and opened for Coldplay, Train, Guster and REO Speedwagon amongst others. He has also worked as a writer, musical director, singer, bassist and guitarist with such notable acts as Gnarls Barkley, Snoop Dogg, Josh Kelley and Tre Hardson (The Pharcyde).

Keaton’s music has also been featured in several television shows as well as films including Sons of Anarchy, Private Practice, NCIS, Malcolm in the Middle, Numb3rs andHollywood Heights.

In this article:Beautiful Pain, Keaton Simons