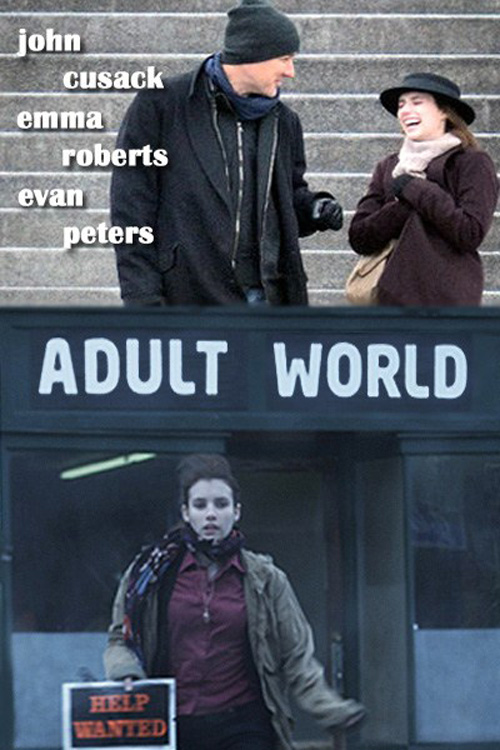 Adult World follows Amy (Roberts), the naïve, awkward and anxious girl who is trying to get her poetry career off the ground. Living with her parents in a seemingly bland upstate New York town and desperate for income, she begrudgingly accepts a job at Adult World, the local sex shop. Owned by a frisky elderly couple and staffed by sweet local boy Alex, Amy balances her work amongst the pornography and sex toys by fiercely pursuing a surefire kick start for her success: a mentorship with reclusive star poet Rat Billings (the hilarious John Cusack). As Amy’s world melds with that of her co-workers, she slowly learns that inspiration can be found in the most improbable places.

“Scott Coffey has directed a charming film with a terrific breakout performance from Emma Roberts. We are excited about the filmmaker’s shared enthusiasm about bringing this film to audiences as a day and date release.”

“We’re incredibly excited to be in business with IFC Films, a company that has been a home to so many amazing films. To secure a distribution deal that will take ‘Adult World’ to audiences across North America is a testament to the talent and creativity of Scott and the filmmaking team behind the movie, and we feel incredibly proud about what has been achieved.”