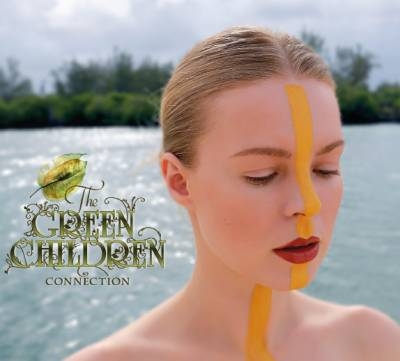 The Green Children, a new Electro-pop duo, is taking the music world by storm. The duo have officially premiered a new track from their upcoming album entitled, Connection. The new single called, “Norwegian Dream” is a derivative work of the instrumental hit “Crockett’s Theme” (Miami Vice theme song), and is also the first Green Children track to feature vocals in Milla Sunde’s native Norwegian tongue.

The original track was produced by Jan Hammer and was a smash hit in the UK. Marlow Bevan and Milla Sunde recorded and produced their new album Connection while immersed in the Norwegian countryside, and the lyrics found in “Norwegian Dream” depict the natural mystique that influenced them.

The Green Children are currently preparing for their album release show at The Roxy Theatre in Hollywood on July 20th. Connection will become available on July 23rd.  The album is currently available for pre-sale exclusively through Amoeba Music, and physical copies will also be available exclusively through Amoeba. All proceeds from The Green Children’s album release show at The Roxy Theatre will go to Boys & Girls Clubs of Santa Monica.

You can listen to the track below or check out the official website for The Green Children.

In this article:Connection, Norwegian Dream, The Green Children