“House” star and British comedian, Hugh Laurie has signed on to appear in the upcoming fourth season of HBO’s political comedy series, “Veep.”

What his role has not been announced or confirmed, it is believed that Laurie will be playing Selina Meyer’s campaign manager. This would be that Amy, played by Ana Chlumsky, would be given a new job. There is also a possibility that Laurie could be playing Selina’s new “Veep” after she took the role of President in the final episode of season 3.

You can see an image of him shooting a scene from the next season below! 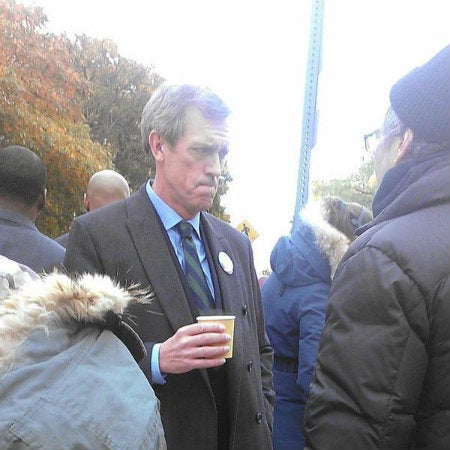