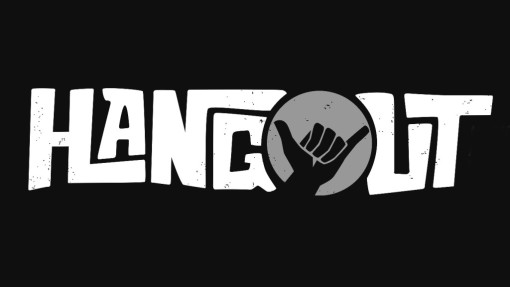 Music festivals can be a lot of things: exhausting, thrilling, exciting, overwhelming, but most of all they are an experience. You get to see dozens of bands, some you’ve never heard and some for which you’ve been waiting years. Within a sea of kindred spirits, you spend several days in the sun with the music.

The Hangout Festival is one of the best festivals you can attend all year, in fact, it is better than the much loved and talked about Bonnaroo Music and Arts Festival for several reasons.  Every year the Hangout Fest has a just as good, if not better, line up as Bonnaroo.

If you can only go to one festival a year, make it the Hangout Fest and here’s why:

It is literally RIGHT THERE! Taking place in Gulf Shores, Alabama, the Hangout Fest happens quite literally on the beach. Two of the stages are on the sand next to the waves. They sit on opposite sides of each other in the sand, serving as the two main stages. Then, there a few other stages that are situated throughout the festival grounds while still being within viewing distances of the ocean. Anywhere you stand in the grounds, you can see the beach and the waves. It is captivating and it is incredibly beautiful. Say what you will about other festivals, but no other gives you this type of atmosphere.

Having the beach so close also gives you something to do in your free time. Say you have an hour to kill between bands or activities. Why not spend that time relaxing on beach chairs about 15 feet from the relaxing cool waves? Or wade into the actual ocean in one of the beach access areas? Unlike other festivals, the grounds serve as a vacation on their own. Not to mention, because it is next to the ocean, there is a breeze coming off the water that cools you off and feels amazing. Bonnaroo has no water and no breeze with nothing as relaxing as beachfront property dedicated to the guests.

Hangout Fest takes place in May, typically, so the weather is almost the perfect temperature. Around 80-85 degrees (combined with the ocean breeze) its actually bearable to be outside for three days. And you don’t feel like your going to die after an hour outside. There isn’t mud and dirt getting into everything. Yes sand does get everywhere, but guess what? Wash it off by getting in the ocean, problem solved.

The fest opens at 11 am as the weather is getting to it’s warmest and it closes at 11pm. The day and night time temperatures are warm so you don’t have to worry about lugging around a jacket for several hours during the day for cooler temperatures at night. It seems to be uniform all day. It is pretty much perfect continually for walking around in a bathing suit, shorts and shirt, or whatever you wear to the beach. Though, I recommend if you wear sandals to remember to put sunscreen on your feet, I made this mistake and it was literally the only part of my body to get sunburned. The festival recommends close toed shoes and I echo this sentiments as well. It keeps your feet from burning, keeps from kicking sand it other peoples faces, and makes the 12 hours of walking so much easier.

The Hangout Fest runs three days, Friday through Sunday. This means including traveling time you don’t have to take too much time off of work. As a person who works full time, this is really nice because I can afford to take a several days off work for a festival then several more to travel to and from it as well. Bonnaroo is 4 days which basically means your taking a week off.

Also, three days is just enough time outdoors before its gets repetitive. After that your sick of seeing the same vendors over and over again and the same attractions. Other than the music, you have nothing to do anymore except wait which can be boring. But at three days, the first day your settling in, the second your enjoying everything you want, and the last day your making sure you get the last bits in before you leave. It’s the perfect amount of time.

There are some little things, too, that Hangout gives you. Right in front of the water, there are lounge chairs and hammocks for you to rest. It is SO relaxing. Basically like a beach vacation with bands for your convenience. Even better, if you lucky enough to get a hammock, there are palm trees spritzing you with water to cool you down. It is magical to say the least.

There is also a ferris wheel if you like that sort of thing. It is nice, actually, to ride it because it allows you to see there whole festival once you get to the top. Survey the land, if you will.

The fest also provides water refill stations because they don’t want you to die. It is like they actually care about their patrons. If you come in with a camel back, there are dozens of refill stations all over the grounds as well as a few water fountains. Most festivals are not that generous, that is for sure.

My favorite non-festival thing about this festival is the food options. Because it takes place in Gulf Shores. You can leave the grounds whenever you want and go eat. There are dozens of restaurants within several feet of the grounds. You are not stuck eating festival food if you don’t want to. Just walk right across the street and get some delicious legit restaurant food. Though I have to point out that the festival food was surprising good and fast. The longest I waited ever was 5 minutes.

The only cons of the festival, really is the sand. Hear me out. After six hours of walking back and forth across the sand in the heat, it can get very exhausting. I found it very arduous after being there for several hours and attempting to to go back and forth from from the Surf Stage to the Hangout main stage. Also at night, it can be tricky. People who have been drinking all day have also been inadvertently littering all day. So by the night there is trash buried through out the sand that can be nearly invisible and dangerous at night. And on that note, be careful of losing things in the sand. If you drop something on the beach, there is a good chance it will be buried before you know it.