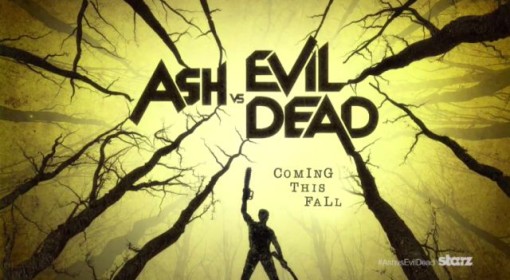 San Diego Comic Con 2015 was really good to us the year. One of the things to come out of it was the first full length trailer for the upcoming series, “Ash Vs. Evil Dead.”

“Ash Vs. Evil Dead” is the television adaptation of the popular film franchise The Evil Dead” that featured legend Bruce Campbell. The actor will reprise his role as Ash Williams in the series as he battles against the Deadite plague in his signature gory and entertaining fashion.

The series will be 10 episodes long with each episode being half an hour long. It will premiere on Starz on October 31. It is being produced by Sam Raimi. You can watch the trailer below:

In this article:Ash vs. Evil Dead, Bruce Campbell, Starz, The Evil Dead