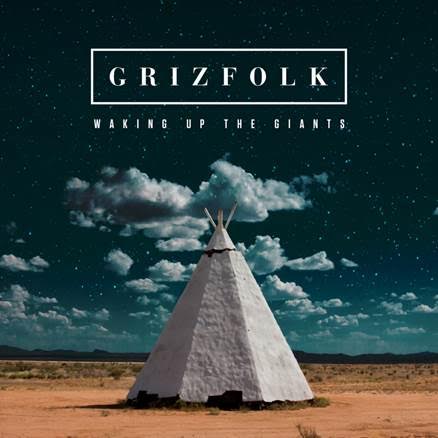 Grizfolk has announced their plans to release their highly anticipated full-length debut album, Waking Up The Giants [Virgin Records], on Friday January 8 through iTunes alongside their upcoming tour!

The digital pre-order is now live, and allows fans an instant grat download of the single “Troublemaker” as well as the four tracks off the previously released EP From The Spark. Additionally, the band has launched a pre-order through their online store for an exclusive vinyl bundle of the debut album, signed by the band, which is available here: http://smarturl.it/GrizfolkShop.

With the release of the album, Grizfolk is going on tour beginning early 2016. The tour starts off Thursday January 21 at Voodoo Room in San Diego, CA.

“When we all met in a studio in Santa Monica in 2013, little did we know that we would be writing our debut full length album Waking Up the Giants,” said Grizfolk. ”Looking back and listening to the album now that it’s completed, it truly is a journal of memories and emotions that we’ve gathered these past 2 years. We can only hope that you’ll enjoy it as much as we enjoyed making it.”

Their popular single, “Troublemaker,” continues to steadily rise at Alternative Radio and the band is partnering with Vevo to premiere its music video later this month. “Troublemaker” is also included in Activision’s Guitar Hero Live.

Critics are also enthusiastically responding to Grizfolk. Recently, Paste Magazine described “Troublemaker” as “a raunchy mix of electronic synth and guitar,” and Spin named them one of “Five Can’t Miss Emerging Artists at Voodoo Fest,” adding, “For those who love unapologetic, badass alt-rock staples but want something more, we give you Grizfolk.”

Grizfolk made their television debut earlier this year on the Late Show with David Letterman. They’ve got a bevy of festivals under their belts including Firefly Music Festival, Hangout Festival, Free Press Summer Festival, Boston Calling Music Festival, Voodoo Music + Experience, and more. In 2014, Grizfolk blasted on to the scene with their debut EP, From the Spark. Tastemaker Jason Bentley of KCRW proclaimed them one of his new favorite bands, and they appeared on “Morning Becomes Eclectic.” Spotify pegged them as an “Artist to Watch” in 2014.

You can see their tour dates below: