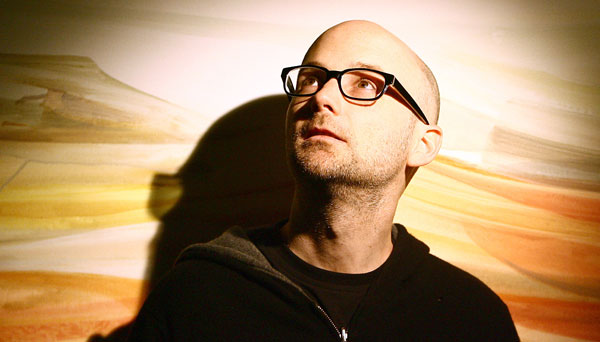 In case you didn’t know and I suspect most don’t (including myself). Moby was born Richard Melville Hall, and is a descendant of Herman Melville the author of iconic novel “Moby Dick.” His nickname, as you might guess, comes from the famous creation of his great-great-great uncle and was given to him by his parents as a child.

Now, the famous musical artist will publish his own memoir next year. Faber will publish, and they’re already calling the book a “masterpiece,” and a “piercingly tender, funny, and harrowing account” of Moby’s life path, which took him “from suburban poverty and alienation to a life of beauty, squalor, and unlikely success.”

According to a report from The Guardian, famous authors, Salman Rushdie and Dave Eggers have read advance copies, and are giving it their highest marks:

“The writing is terrific, enlivened by a bewildered deadpan humour that makes crazy sense of it all. His ancestor Herman Melville would, I think, be simultaneously revolted and proud,” said Rushdie of the book. The novelist described it as “10 years of Moby’s life, mostly in the decrepit, dangerous, much-loved New York City of the 1990s, a life comically overcrowded, filthy, alcohol-fuelled, vegan, unbelievably noisy, full of spit and semen and some sort of Christianity; and often, suddenly, moving.”

Eggers, meanwhile, said the memoir was “one of the funniest and most accessible books you’ll ever read about an erstwhile Christian/alcoholic vegan electronic music maker”, in which the reader feels welcome “or just as out of place as he feels – in the world of rock and raves and clubs.”

Moby is planning on releasing his official memoir titled “Porcelain” next June.