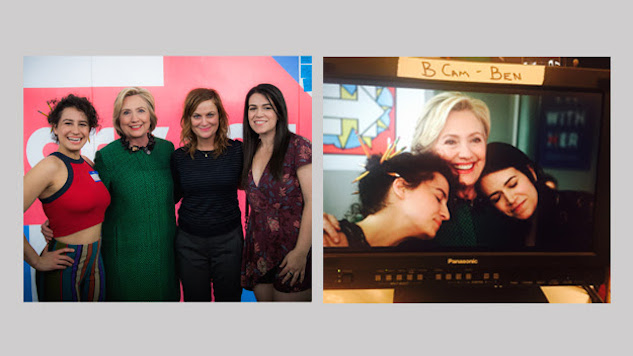 “Saturday Night Live” is usually the show that presidential candidates like to cameo on but Hillary Clinton will be making an appearance on the Comedy Central show “Broad City” during its third season.

The news was announced in a release last week though it was not revealed which episode the former Secretary of State will be appearing in or in what role. All we have are a couple publicity stills. But we can can assume is it will be amazing simply because it is Abbi and Ilana.