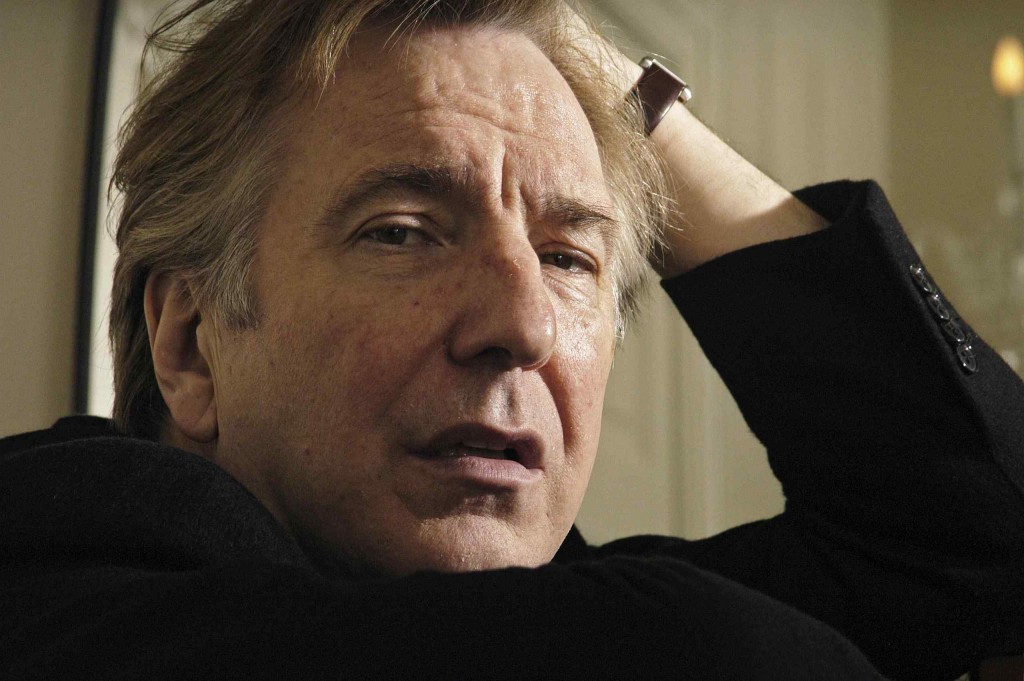 This is possibly the saddest week is celebrity news we have had in a long time and considering it is only the third week in January it isn’t boding well for 2016. After the death of David Bowie on Sunday, we got news that Alan Rickman has also passed away.

Go ahead. Cry. No one judges.

Rickman was the iconic British actor with the melancholy voice of an Angel. He was famous for roles such as Professor Snape in the Harry Potter series and Hans Gruber in Die Hard. But loved for his little known sides characters that he threw himself into no matter what like in The Hitchhickers Guider to the Galaxy and Dogma. The actor had such a long career that it is almost impossible to list every magical and wonderful film and project we he has appeared.

He trained at England’s Royal Academy of Dramatic Art, where he won numerous prizes, before delving into British theater and television throughout the 1970s and ‘80s. However, his appearance as the iconic Hans Gruber in 1988, opposite Bruce Willis was the breakout role for American audiences. Over the next 28 years, Rickman would go on to appear in nearly 50 films, ranging from Robin Hood: Prince of Thieves (for which he won a BAFTA Award playing a deliciously evil Sheriff of Nottingham) to Love, Actually. Additionally, he won an Emmy and a Golden Globe in 1997 for his titular role in the TV miniseries Rasputin: Dark Servant of Destiny.

But he is probably most loved for his role as Snape in the “Harry Potter” series where fans loved him and mourn him. He was one of few geniuses in acting who could turn an antihero into someone loved and for which audiences felt compassion.

Rickman passed away this week from cancer according to his a statement released from his family.