The 2016 Shaky Knees festival has officially announced the line up and it looks phenomenal. The Atlanta-based music festival takes place at Centennial Olympic Park and International Plaza during the weekend of May 13th and 15th with this year’s headliners including Florence and the Machine, My Morning Jacket, At the Drive-In, Jane’s Addiction (performing Ritual De La Habitual), Deftones, Explosions in the Sky, The Decemberists, and Huey Lewis and the News (performing Sports).

If that isn’t enough to get you jazzed up, other notable acts include The Kills, Foals, Young the Giant, The Head and the Heart, Ghost, Cold War Kids, Houndmouth, and Strand of Oaks.

Advanced general admission three-day tickets as well as VIP passes will go on sale Wednesday, January 13th at 10 a.m. ET. Visit the festival’s official website for more info. Check out the full lineup below via the official poster. 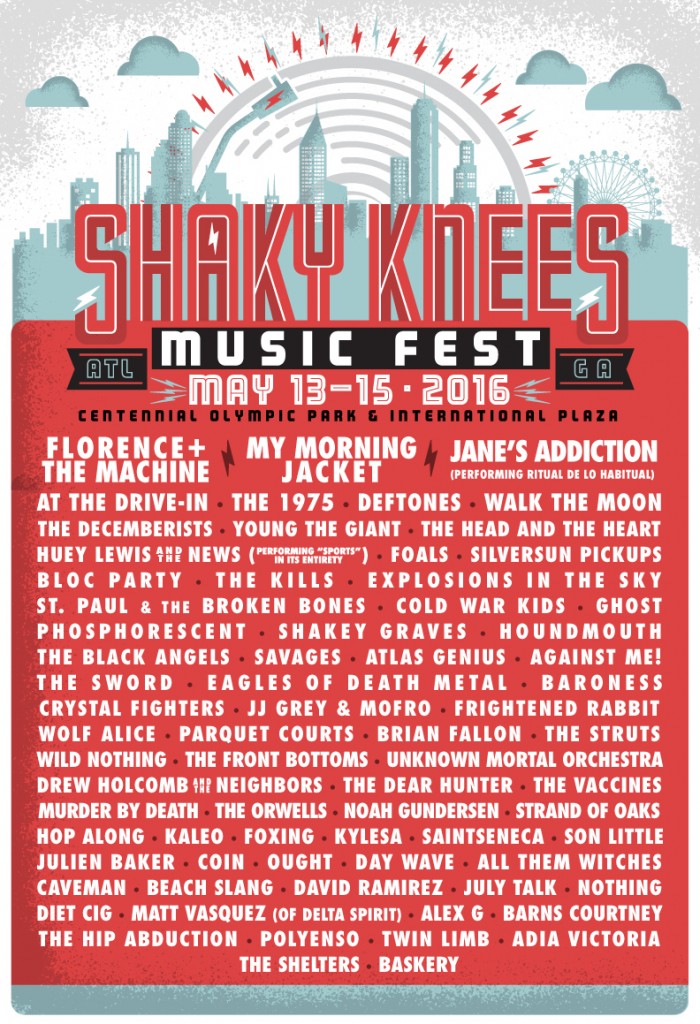