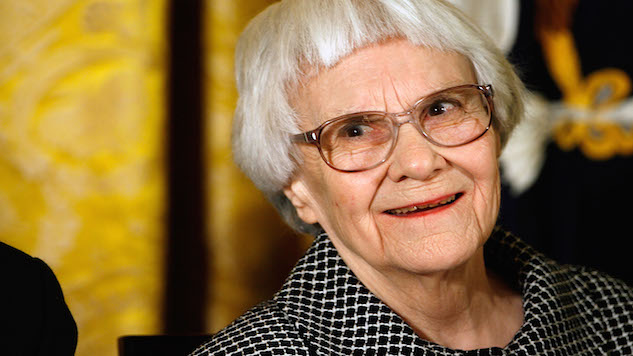 WASHINGTON – NOVEMBER 05: Pulitzer Prize winner and “To Kill A Mockingbird” author Harper Lee smiles before receiving the 2007 Presidential Medal of Freedom in the East Room of the White House November 5, 2007 in Washington, DC. The Medal of Freedom is given to those who have made remarkable contributions to the security or national interests of the United States, world peace, culture, or other private or public endeavors. (Photo by Chip Somodevilla/Getty Images)

The beloved author of “To Kill a Mockingbird” has passed away. Harper Lee was 89. The death announcement was confirmed by Random House, who tweeted the following tribute.

Born April 28, 1926, in Monroeville, Alabama, Lee was the youngest of four children of lawyer Amasa Coleman Lee and Frances Cunningham Finch Lee. She was childhood friends with fellow author, Truman Capote, on whom she based the Mockingbird character Dill.

Lee’s death was shocking but the cause has not yet been released. Her health had been declining since 2007 when she suffered a stroke. However, Lee seemed to be recovering over the last year.

In 2015 a long lost sequel to her iconic novel was published. “Go Set a Watchman” was released to much anticipation and then acclaim. Yet, speculation abounded over whether her mental state in her final years was sound and especially whether she really wanted that final novel to be released.

Lee, who granted her last interview in 1964, was a private person and most of her 89 years were spent guardedly in her hometown. In 2007, Lee was awarded the Presidential Medal of Freedom, the highest civilian honor, for her outstanding contribution to literature by then president George W. Bush.

She will forever remain one of the most iconic American authors.