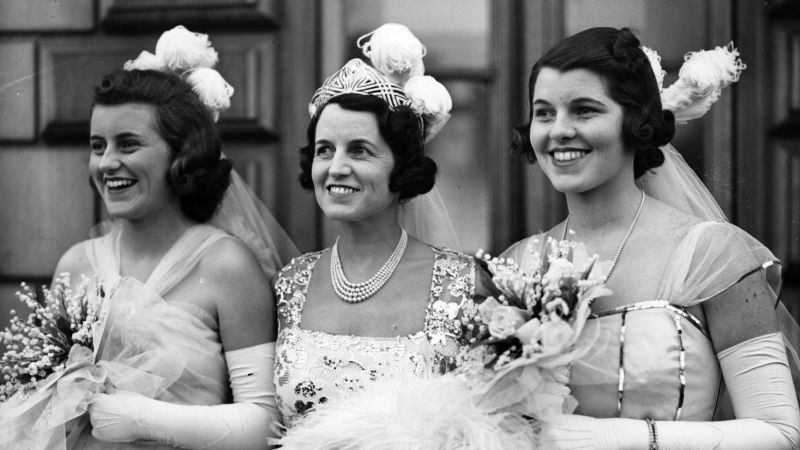 From right to left, Kathleen, Rose, and Rose Marie Kennedy in 1938.

In one of the most heartbreaking tales of famous people past, Emma Stone has been cast as the ill-fated other Kennedy daughter, Rosemary, in an upcoming biopic titled Letters from Rosemary.

According to reports from Variety, Stone is starring the adaptation of the Black List script following the life of Rose Marie (nicknamed Rosemary) Kennedy. The young woman was the first-born daughter to Rose Fitzgerald and Joseph Kennedy Sr. and the eldest sister of President John F. Kennedy and senators Robert F. Kennedy and Ted Kennedy.

The film will follow the tragedy the befell the beautiful but troubled young woman at the hand of her family. “After displaying behavioral problems that caused her to fall behind accolades of her siblings due to a mental disability that was long kept secret, Joseph Kennedy arranged one of the first prefrontal lobotomies for her at age 23. The procedure failed and left her permanently incapacitated.”

Variety states that the spec script, which was written Nick Yarborough, will “take a look at broad look at the moments leading up to the procedure and how it affected the family going forward,”

According to James W. Watts, who carried out the procedure with Walter Freeman, of Wingdale Psychological and Correctional Facility:

“We went through the top of the head, I think she was awake. She had a mild tranquilizer. I made a surgical incision in the brain through the skull. It was near the front. It was on both sides. We just made a small incision, no more than an inch.” The instrument Dr. Watts used looked like a butter knife. He swung it up and down to cut brain tissue. “We put an instrument inside”, he said. As Dr. Watts cut, Dr. Freeman put questions to Rosemary. For example, he asked her to recite the Lord’s Prayer or sing “God Bless America” or count backwards….. “We made an estimate on how far to cut based on how she responded.” ….. When she began to become incoherent, they stopped.

After the procedure, Rosemary quickly declined in mental capacity. She reverted from the lively 23 year old with a slight mental disability to that of a two year old child. She was unable to walk or speak intelligibly and was considered incontinent and unable to to be left alone. Rosemary was immediately institutionalized where she remained for the rest of her life and kept a secret from the world. Rosemary’s parents separated her from her family. Rose Kennedy did not visit her for twenty years and Joseph P. Kennedy, Sr. did not visit his daughter at the institution. When media questioned her whereabouts while John Kennedy was campaigning in 1958, the family would claim she was just a recluse. The Kennedy family did not publicly explain her absence until after John was elected as President of the United States in 1961 however they would still not admit the truth behind her absence. The family instead told the media that she was institutionalized due to mental retardation instead of because of a failed lobotomy.

In this article:Emma Stone, rosemary kennedy