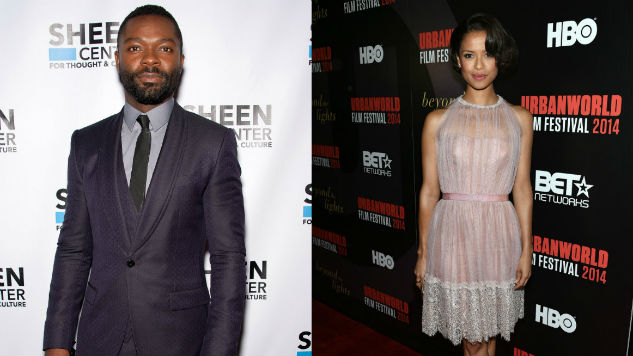 J.J. Abrams latest project, God Particle, has officially begun casting the main roles and they are supremely done! According to reports, the Selma and Captive star David Oyelowo and the Free State of Jones actress Gugu Mbatha-Raw are currently in talks to star in the sci-fi thriller directed by Julius Onah.

God Particle has been in development for what feels like FOREVER. It stalled for a while before finally moving forward this year via Paramount. It centers on a group of astronauts in the near future who end up fighting for their lives after they uncover a terrifying secret about the fabric of reality.

There are no details on which roles that Oyelowo and Mbatha-Raw are in talks for but reports have stated that production is beginning on the film soon.

Abrams is producing the picture through Bad Robot. God Particle is scheduled to be released in theaters on Feb. 24, 2017.