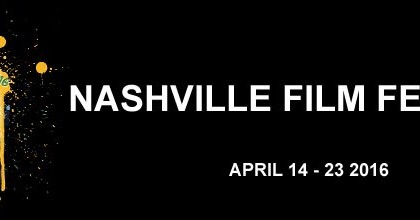 While Nashville prepares for the 47th Nashville Film Festival, the festival has announced their Special Presentations, Spectrum, Community Cinema and Added Films in the 2016 Nashville Film Festival Lineup.  Highlights include Sundance favorites, Love & Friendship, Weiner, Sing Street, Morris from America and a special three night screening of American Epic: The Series.  This portion of the lineup features performances from Natalie Portman, Colin Farrell,  Kate Beckinsale, Jesse Eisenberg and Craig Robinson among others. Last week, the 58 films in competition were released.

Born in Bristol/USA (Director: Chusy)
Everyone knows where rock ‘n’ roll, blues and jazz were born. But few know where one of America’s most important genres of music got its start. This is the story of country music’s most historic event: The Bristol Sessions. Through cinematic reenactments, we revisit those 12 days in 1927 when musicians recorded the songs that would go on to be known as the “Big Bang” of country music. Cast: Dolly Parton, Sheryl Crow, Vince Gill, Ashley Monroe, Keb Mo, Carl Jackson. Work in Progress.

Hunt for the Wilderpeople/New Zealand (Director: Taika Waititi)
Raised on hip-hop and foster care, defiant city kid Ricky gets a fresh start in the New Zealand countryside. He quickly finds himself at home with his new foster family: the loving Aunt Bella, the cantankerous Uncle Hec, and dog Tupac. When a tragedy strikes that threatens to ship Ricky to another home, both he and Hec go on the run in the bush. As a national manhunt ensues, the newly branded outlaws must face their options: go out in a blaze of glory or overcome their differences and survive as a family. Cast: Julian Dennison, Sam Neill, Rachel House, Rima Te Wiata, Oscar Knightley, Rhys Darby.

Little Men/USA (Director: Ira Sachs)
Jake is a quiet, sensitive middle schooler with dreams of being an artist. He meets the affably brash Tony at his grandfather’s funeral, and the unlikely pair soon hit it off. The budding friendship is put at risk, however, when a rent dispute between Jake’s father and Tony’s mother threatens to become contentious. Cast: Greg Kinnear, Jennifer Ehle, Paulina Garcia, Theo Taplitz, Michael Barbieri, Alfred Molina.

The Lobster/Greece, United Kingdom, Ireland (Director: Yorgos Lanthimos)
In a future world, single people are arrested and have 45 days to find a mate or they face being transformed into an animal and released into the woods. Cast: Colin Farrell, Rachel Weisz, John C. Reilly, Lea Seydoux, Olivia Colman, Ben Whishaw.

Sing Street/Ireland (Director: John Carney)
With 1980s Dublin mired in recession, Conor’s parents move him from a comfortable private school to a rough inner-city public school where the scrappy 14-year-old forms a band. Mentored by his older brother, a dropout who’s hip to cool tunes, Conor starts to compose lyrics and the glam-ish band finds its “no covers” groove. Renaming himself Cosmo, he convinces the mysterious, über-cool Raphina to star in their music videos (and tries to win her heart in the process). Cast: Ferdia Walsh-Peelo, Lucy Boynton, Jack Reynor, Aidan Gillen, Mark McKenna.

A Tale of Love and Darkness/Israel (Director: Natalie Portman)
A drama based on the memoir of Amos Oz, a writer, journalist, and advocate of a two-state solution to the Israeli-Palestinian conflict. Cast: Natalie Portman, Makram Khoury, Shira Haas, Neta Riskin, Gilad Kahana, Mor Cohen.

Chevalier/Greece (Director: Athina Rachel Tsangari)
In the middle of the Aegean Sea, six men on a fishing trip on a luxury yacht decide to play a game. During this game, things will be compared. Things will be measured. Songs will be butchered, and blood will be tested. Friends will become rivals and rivals will become hungry. Cast: Giannis Drakopoulos, Kostas Filippoglou, Yiorgos Kendros, Panos Koronis, Vangelis Mourikis, Nikos Orphanos. Tennessee Premiere

The Eyes of My Mother/USA (Director: Nicolas Pesce)
A young, lonely woman is consumed by her deepest and darkest desires after tragedy strikes her quiet country life. Cast: Diana Agostini, Olivia Bond, Will Brill. Tennessee Premiere

He Hated Pigeons/Canada (Director: Ingrid Veninger)
Love is everything when a young man journeys from the north of Chile to the south to fulfill a promise. Screened with a live acoustic score written specifically for Nashville. Cast: Pedro Fontaine, Cristobal Tapia Montt, Vanessa Ramos.Southeastern US Premiere

Hearing Implant/China (Director: Junliang Fang)
A couple saves money for years to get an artificial cochlear implant for their deaf daughter.  When they finally get the implant, they lose it.  Despite financial and emotional despair, they begin a journey to find it. Cast: Zhibo Yuan, KunLin Li, Jing Li, LanWu Wang. North American Premiere

A Noble Spirit/China (Director: Yue Miao)
In the summer of 2001, Jumei Duoji had just graduated from the Sichuan Tibetan School. He was assigned to work in a village in the Garze Tibetan Autonomous Prefecture of Sichuan province, China, which is known for its harsh conditions. Cast: Rinchen Ngawang, Maggie Jiang, Jin Chen. North American Premiere

24|7|365: The Evolution of Emergency Medicine/USA (Director: Dave Thomas)
Narrated by Anthony Edwards, star of the popular television series ER, this landmark documentary takes you behind the scenes of emergency medicine to tell the powerful story of the specialty’s maverick founders. Their determination to save lives and improve public health transformed the American medical landscape. This extraordinary film gives you access to these pioneers and the powerful experiences that shaped their resolve and created their livelihoods.Cast: Anthony Edwards.

Broke* – 5 Years Later/USA (Director: Will Gray)
Following on-the-verge artist Will Gray through the recording and release of his debut album (featuring production by Grammy Award-winning producer, T Bone Burnett), Broke* asks, “Can a new act be ‘broken’?” The screening will be followed by a panel to see what – if anything – has changed in the five years since the film first screened at NaFF. Cast: Will Gray, Kelly Clarkson, Bobby Bare Jr., Ruby Amanfu, Mike Grimes, Nathan Johnson.

No Greater Love/USA (Director: Justin Roberts)
No Great Love deals with the issues that all veterans struggle with; loss, PTSD, depression, regret, the struggle to be understood and reconnect, and the humanity of war. It is the story about an Army Chaplain and what he learns from his soldiers during a painful deployment, but through the interviews the struggles that all veterans deal with is shared, unlike anything ever seen before in film. Cast: The Soldiers of No Slack Battalion. Also in the Documentary Competition.

No Matter Where/USA (Director: Kevin Johnson)
Each year, 200,000 people die from medical errors in American hospitals. There are a number of reasons for these mistakes, but everyone agrees the number would be much lower if doctors shared records. In this Internet age, we assume doctors anywhere can pull up our charts, but the truth is most have no way to do this. Technology is not the problem–the problem stems from a lack of will to invest in it. This documentary pieces together the story of why it’s been so hard for our health care system to do something that other industries, like banking and retail, have been doing securely for years. And it uncovers the tragic, hidden cost on the lives of millions of Americans.

Peace Officer/USA (Director: Brad Barber, Scott Christopherson)
The increasingly tense relationship between law enforcement and the public is seen through the eyes of someone who’s been on both sides. Cast: William ‘Dub’ Lawrence.

Saving Banksy/USA (Director: Colin Day)
What would you do if someone offered you a small fortune for a painting the artist didn’t want sold? When the worlds most infamous street artist visited San Francisco he created an art world frenzy. His ‘illegal’ art was loved by the public, destroyed by city officials, dismissed by art experts and coveted by art dealers. Cast: Banksy, Ben Eine, Glen E. Friedman, Doze Green.

The Alchemist’s Cookbook/USA (Director: Joel Potrykus)
Suffering from delusions of fortune, a young hermit hides out in the forest hoping to crack an ancient mystery, but pays a price for his mania.  Cast: Ty Hickson, Amari Cheatom, Fiji. Nashville Premiere.

Baskin/Turkey, USA (Director: Can Evrenol)
A squad of unsuspecting cops goes through a trapdoor to Hell when they stumble upon a Black Mass in an abandoned building. Cast: Muharrem Bayrak, Mehmet Akif Budak, Fadik Bülbül, Derin Cankaya. Tennessee Premiere