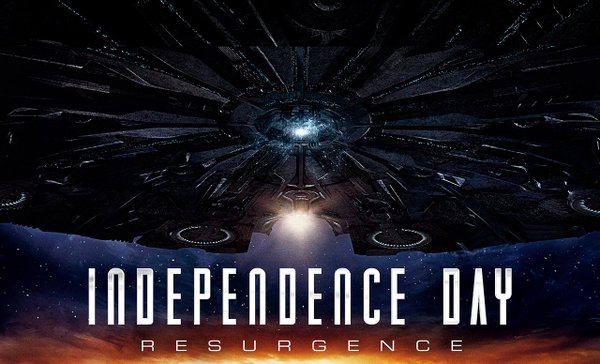 I honestly CANNOT wait for this movie and the new trailer makes it look even better than previous trailers. Those aliens clearly did not get Will Smith’s message 20 years ago because they are back in Independence Day: Resurgence.

In Independence Day: Resurgence the United States and United Nations have come together to form the Earth Space Defense, a program that serves as both our first line of defense and an early warning system for impending extraterrestrial attacks. They are utilizing the salvaged remains of alien technology from the first invasion. That is where we find the new generation of heroes Captain Steven Hiller’s stepson pilot Dylan Dubrow-Hiller (Jessie Usher) and story-newcomer pilot Jake Morrison (Liam Hemsworth).

Alongside Usher and Hemsworth, the film also adds Sela Ward as the newest president of the U.S. Jeff Goldblum returns as well as Brent Spiner reprising their roles from the 1996 original film.

Independence Day: Resurgence will hit theaters on June 24. Roland Emmerich directed the sequel, while script-writing duties were split between Emmerich, Carter Blanchard and Dean Devlin. You can watch the trailer below: