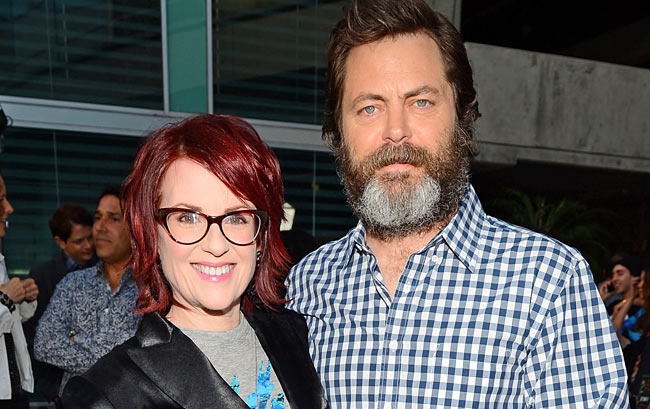 According to a report from Deadline, husband and wife Nick Offerman and Megan Mullally are ready to collaborate on an upcoming project that sounds… interesting. Offerman and Mullally are in talks to star in a comedy about future where babies are ageless (which kind of sounds like a nightmare if you ask me.) Though their costars are insanely awesome as well. Bob Byington (7 Chinese Brothers) has been tapped to direct, with Kieran Culkin,Martin Starr, Noel Wells, Kevin Corrigan, and Stephen Root also set to co-star.

The project is titled Infinity Baby and is described as a “lightly futuristic comedy about babies who don’t age.” The roles of Offerman and Mullally haven’t been revealed but we do know that Culkin will star as an employee of Infinity Baby, a company that “farms out” the three-month-old infants it produces. There aren’t many other plot details available other than it may be like a “Netflix for babies” type situation.

More details are expected to be revealed over the next few months.