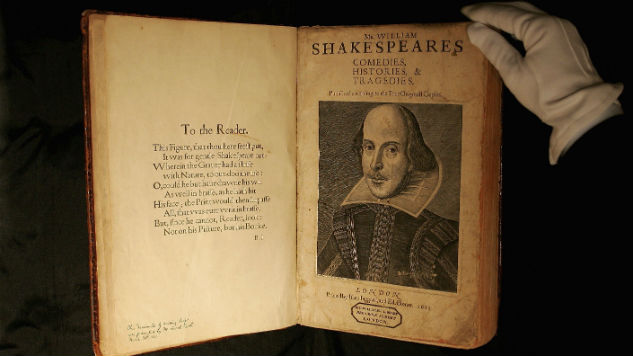 In exciting news for history buffs and literature lovers, a legit collections of plays by William Shakespeare was found on a Scottish island. The folio was confirmed as authentic Shakespeare by an Oxford University professor.

The collection is known as Shakespeare’s First Folio and contains 36 plays. It was first published back in 1623 and features some of Shakespeare’s most well-known works, including Macbeth and The Tempest.

This particular First Folio is interesting because it includes several blank pages that would have likely been used for illustrations. The presumably means the Bute copy was more than likely a working document. Also there are many  notes and annotations made by the one of the original owners of the folio.

The folio was hiding out Mount Stuart House on the island of Bute according to the news release by the BBC. The folio was acquired in 1786 by literary agent Issac Reed and in 1807 it was sold to a ‘JW’ for £38 ($53) following Reed’s death. From there the folio was pretty much nonexistent until it popped back up in Sidney Lee’s 1906 census of First Folios. Between JW’s acquisition and the census, it became a possession of the stately house, as the Folio is noted in an 1896 catalogue at the Bute library.

Emma Smith, Oxford University professor of Shakespeare studies, authenticated the collection, which in the past has sold for £2.5 million ($3.5 million) and £2.8 million ($3.9 million).

The discovery of this folio brings the number of known copies of the First Folio up to 234. It is currently on display at Mount Stuart House as part of an exhibition honoring the 400th anniversary of Shakespeare’s death.