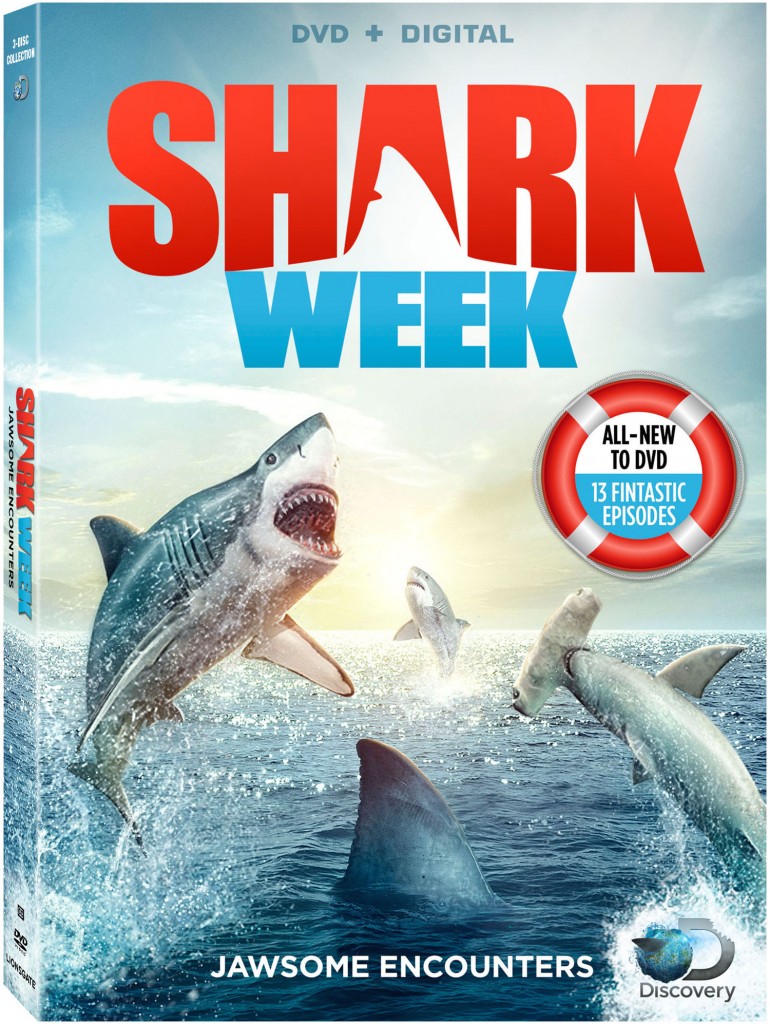 A wise man once said, “Live every week like it’s shark week.”

And now you can! Lionsgate Home Entertainment has announced SHARK WEEK: JAWSOME ENCOUNTERS will arrive on DVD on June 14.

Join America’s favorite summertime tradition when Shark Week: Jawsome Encounters arrives on DVD (plus Digital) on June 14 from Lionsgate. For the past 28 years, Discovery Channel has captured the world’s attention with Shark Week, an annual televised event that explores the ocean’s most magnificent creatures. Featuring 13 fintastic episodes from the 2014 season (never before released on DVD) just in time for the newest season of Shark Week broadcast on Discovery.

Discovery’s annual event is bigger than ever! Dive deep into the mystery of “zombie sharks” in New Zealand, get up close and personal with Tiger Sharks lurking below the surface in idyllic Hawaii, and explore Great Whites off the coast of Australia.