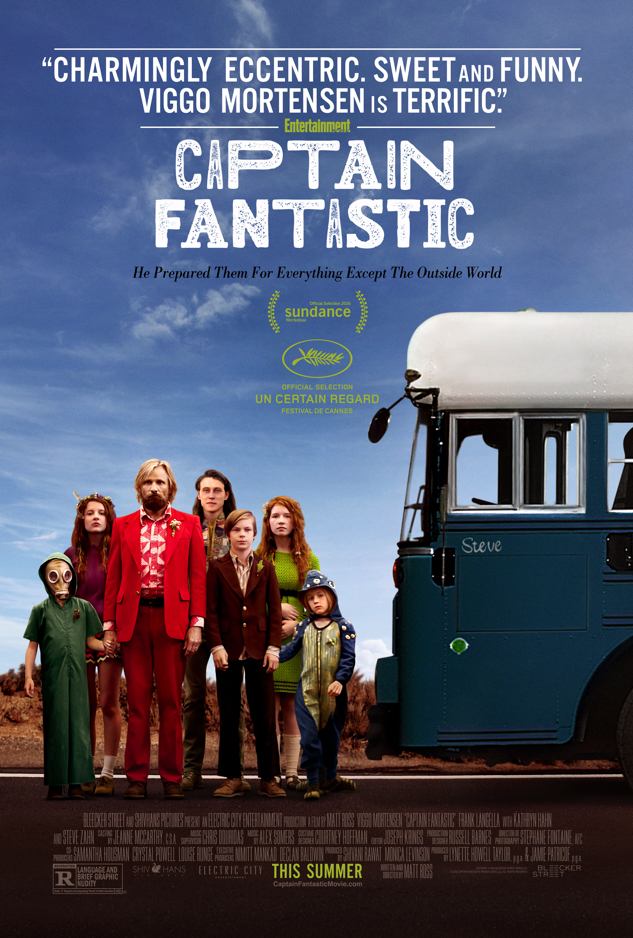 In the upcoming indie comedy, Viggo Mortensen is a father of six in Matt Ross’ family dramedy Captain Fantastic. You can watch the first trailer below!

Captain Fantastic was written and directed by Ross, who you might recognize as Hooli head Gavin Belson on HBO’s “Silicon Valley.” Captain Fantastic had its world premiere at this year’s Sundance Film Festival and will screen at Cannes in May.

Deep in the forests of the Pacific Northwest, isolated from society, a devoted father (Mortensen) dedicates his life to transforming his six young children into extraordinary adults. But when a tragedy strikes the family, they are forced to leave this self-created paradise and begin a journey into the outside world that challenges his idea of what it means to be a parent and brings into question everything he’s taught them.

Captain Fantastic hits theaters on July 8. Watch the trailer below: