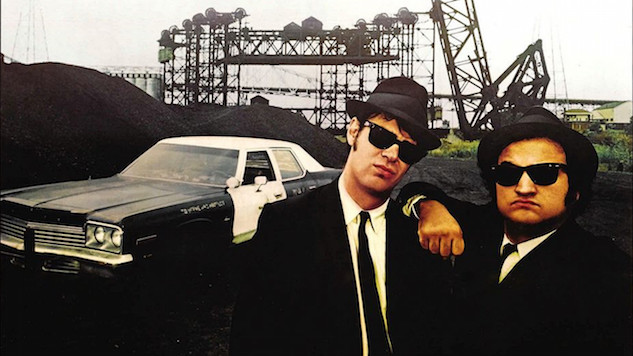 Dan Aykroyd and Judy Belushi, the widow of John, are reportedly in talks to develop a new primetime animated television series for their SNL characters, The Blues Brothers. They haven’t gotten a network yet for the series but are preparing the shop it around to various networks and streaming companies.

According to Deadline, the series would be a mixture of music (both classic soul, blues and R&B tracks and original songs by a new Blues Brothers band) and comedic plot. “The show will be the Blues Brothers living in America and utilizing all new technology to make and promote their own records, seek out and record new artists and avoid law enforcement—and all while fighting for truth, justice and a better breakfast sandwich” said Aykroyd.

This will be the third time that Aykroyd has attempted to create a Blues Brothers series. The first time was in the late 90’s when they attempted to put a series on UPN with David Misch however it never came to fruition. Then in 2011 Aykroyd tried again but didn’t find a network home for the series.

However, it seems this could be the year with shows like “Bojack Horseman” and “Rick and Morty”and o ther adult themed animated series fairing exceptionally well with audiences.