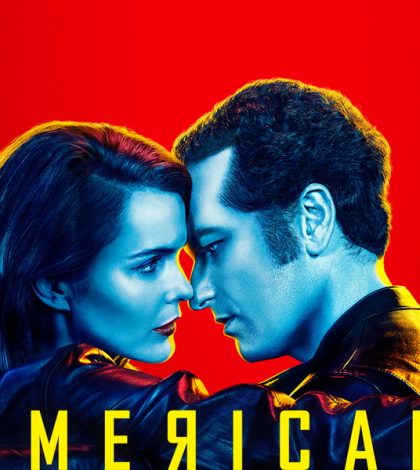 FX has decided that their popular series, “The Americans” will conclude its extraordinary series run on FX with two more seasons. The news was announced earlier this week y Eric Schrier and Nick Grad, Presidents of Original Programming for FX Networks and FX Productions. According to the announcement, a 13-episode fifth season will air in 2017, followed by a 10-episode sixth and final season in 2018.

“Through its first four seasons, critics have lauded ‘The Americans’ as one of the best shows on television and, remarkably, a series that keeps getting better every year. All credit for that achievement goes to everyone who has worked on the show, and especially Co-Showrunners Joe Weisberg and Joel Fields, Graham Yost, our brilliant stars Keri Russell, Matthew Rhys, Noah Emmerich, Allison Wright, Holly Taylor, Annet Mahendru and the ensemble cast for their incomparable performances every season. We have no doubt that this two-season order will allow Joe and Joel to tell this story to its perfect conclusion. On behalf of our producing partners at Fox 21 Television Studios and Amblin TV, we look forward to a brilliant final act of the Jennings family saga.”

“I echo the sentiments of our friends at FX in congratulating Joe, Joel and everyone at ‘The Americans’ on creating one of the most critically acclaimed, thought provoking and spectacularly acted television shows ever to be broadcast. It remains our privilege to partner with FX Productions on this series, and while we are already mourning the eventual end, we are grateful to FX for this generous two-season pickup that enables the show to go out on its own terms and gives the creators time to craft a final stretch as satisfying as the show itself.”

The series is a period drama about the complex marriage of two KGB spies posing as Americans in suburban Washington D.C. during the Reagan administration. The arranged marriage of Philip (Matthew Rhys) and Elizabeth Jennings (Keri Russell) grows more passionate and genuine by the day, but as the pressures and demands of the job grow heavier, the personal toll becomes almost too exhausting to bear. Having revealed their true identities to their teenage daughter Paige (Holly Taylor), Philip and Elizabeth must keep her best interests at heart while ensuring that their cover identities, and thus their lives, remain protected. Their previous missions have already placed Philip and Elizabeth in great jeopardy. Martha (Alison Wright), a valued secretary at the FBI whom Philip married while undercover, has been an invaluable source of intel. However, when her cover is nearly blown, Philip must make increasingly difficult decisions to ensure her safety and allegiance. The Jennings’ neighbor, FBI Agent Stan Beeman (Noah Emmerich), could also prove to be a renewed threat. His KGB lover/asset Nina (Annet Mahendru), having failed to turn him against the U.S., was sent back to Moscow to face an unsure fate. With Nina gone, Stan has made an effort to become closer with his family, and has formed a bond with the Jennings’ 12-year-old son, Henry (Keidrich Sellati). He has also cultivated his relationship with KGB officer Oleg Burov (Costa Ronin), behind the back of Oleg’s boss, Director of the KGB Rezidentura Arkady Ivanovich (Lev Gorn). Stan’s newfound dedication to wiping out Directorate S has also led him to become suspicious of Martha’s uncharacteristic behavior. As he begins to investigate what’s been in front of him all this time, he might finally get closer to uncovering the “Illegals” – Philip and Elizabeth – that have eluded him for so long.

“The Americans” has wowed critics and fans for years. It has won several awards  including Outstanding Achievement in Drama from the Television Critics Association Awards (2015), Best Drama Series from the Critics’ Choice Television Awards (2015), a 2015 Primetime Emmy Award (Margo Martindale, Guest Actress in a Drama Series) and a Peabody Award (2015). The series also received AFI Awards for TV Program of the Year in 2014, 2015 and 2016.