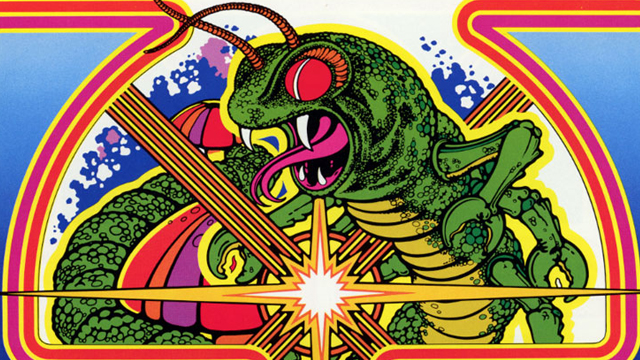 According to a recent report from Deadline, two classic Atari video games “Missile Command” and “Centipede” are heading to the big screen as film adaptation (for some reason).

If you bothered to see the terrible movie that was last year’s Pixels, you’ll remember that the antagonist of “Centipede” was one of the characters. However, the new film won’t be connected to Adam Sandler’s movie.

“Centipede” released in 1982 but the officially back story for the world of the game was explained in a 12 page comic book that accompanied the original game manual. It reveals that the centipede game follows a tiny elf named Oliver whose entire village has been turned into mushrooms by an evil wizard. Oliver winds up getting a hold of the wizard’s magic wand, however, and then fights off waves of insects and spiders controlled by the evil mage.

Whether the movie will follow this story exactly or some other form is not known right now.

As for “Missile Command,” the game was released in 1980 as a direct influence of the Cold War. The game sees you defend six  US cities from projectile attacks. However, despite the real world influence, the game was reset on an alien planet.

Aliens from the planet of Krytol have begun an attack on the planet Zardon. The Krytolians are warriors out to destroy and seize the planet of Zardon. Zardon is the last of the peaceful planets. The Zardonians are skillful and hardworking people. Their cities are built-up and rich in resources. It is truly a planet void of crime and violence.

Zardon has built a powerful defense system. Several antiballistic missile bases have been established within the cities of Zardon. The Zardonians are ready for this attack, and are prepared to fight to save their cities.

Both movies will be produced by Randall Emmett and George Furla with Stephen Belafonte, Wayne Marc Godfrey and Robert Jones serving as executive producers.

There is no word on how the studios plan on adapting these simplistic games for the two individual movies. No production schedule as been announced.

In this article:Atari, centipede, missile command