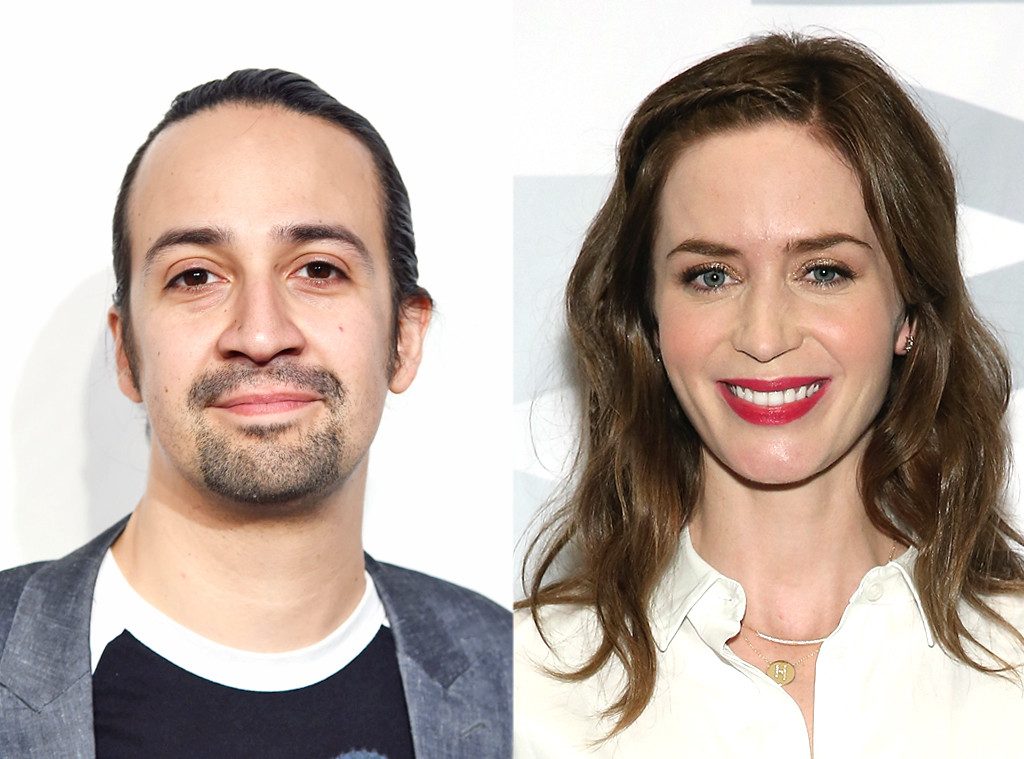 Walt Disney Pictures officially announced that a sequel to the 1964 musical was in the works, titled Mary Poppins Returns then this week they announced that Golden Globe Award winner Emily Blunt (Into the Woods) and Emmy, Grammy, Tony Award and Pulitzer Prize winner Lin-Manuel Miranda (“Hamilton,” “In the Heights”) are set to star.

Blunt has been cast as Mary Poppins and Miranda will play a new character, a street lamplighter named Jack. The sequel is pulling from P.L. Travers’ seven additional novels which take place in Depression-era London. It follows a now-grown Jane and Michael Banks, who, along with Michael’s three children, are visited by the enigmatic Mary Poppins following a personal loss. Through her unique magical skills, and with the aid of her friend Jack, she helps the family rediscover the joy and wonder missing in their lives.

“I am truly humbled and honored to be asked by Disney to bring P.L. Travers’ further adventures to the screen. The iconic original film means so much to me personally, and I look forward to creating an original movie musical that can bring Mary Poppins, and her message that childlike wonder can be found in even the most challenging of times, to a whole new generation,” says Marshall.