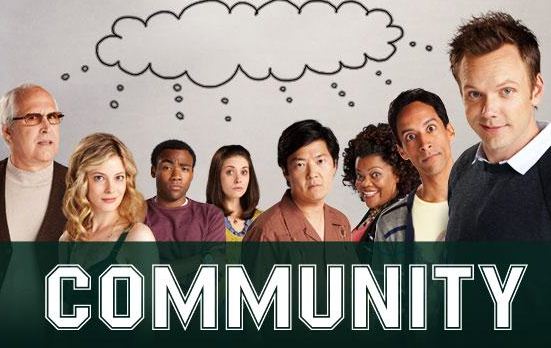 Dan Harmon, a marvelous yet enigmatic man, has hinted once again that the insanely beloved television show “Community” would return via a movie – thus fulfilling the #6seasonsandamovie destiny.

“Community” ended last year after six seasons, the 6th season premiering on Yahoo. It had a large ensemble cast including Joel McHale, Gillian Jacobs, Danny Pudi, Allison Brie, Ken Jeong, Yvette Nicole Brown and Donald Glover. However, the cast has all moved on from what it appears. Such as Donald Glover, who recently landed his own comedy at FX, Brie is on various projects like “Bojack Horseman,” Gillian Jacobs is in the new Netflix series “Love” while the other actors are in movies and shows all over the place.

“If I pull out a typewriter right now and write a Community movie just from my own mind, then I have to go through the heartbreak and agony of finding out which of the people are going to show up to make it,” Harmon told King. “Whereas, on the other hand, if I wait for everybody to line up and say, ‘We’re all out of work and ready to do a Community movie!’ well, I guess that’s a bad idea too.”