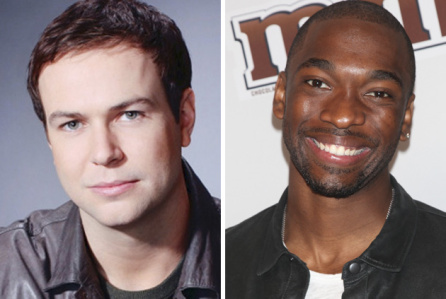 In a shocking report from Deadline, it has been confirmed that NBC has not renewed the contracts of cast members Taran Killam and Jay Pharoah for the 42nd season of Saturday Night Live.

Pharoah and Killam joined SNL in 2010. They both signed a seven year contract yet were not renewed for the final year of their contract. Killam was equally surprised that his contract was not renewed and said in an interview Uproxx yesterday that he thought this coming season would be his last.

“I was there for six years. I have not been anywhere in my life for six years. I don’t know that the end of something that you’ve committed that much time and energy to is ever going to feel “great” … You sign for seven years, so I had one more year. I had sort of had it in my head I would make this upcoming year my last year, but then heard they weren’t going to pick up my contract. I was never given a reason why, really. I can assume until the cows come home.”

I honestly don’t know what happened on the other side, but I do know we had expressed I have work on this film and in bonding this picture, that has to get cleared with SNL. And then [another offer] came up. I wasn’t going to have to take any time off to do it, but it was a thing that they would have had to okay.

Pharoah on the other hand, hasn’t commented on the contract-severing decision, but also has two films in the works— animated family comedy Sing and animated adult comedy The Adventures of Drunky. He is currently in the midst of a summer stand-up tour.

While the ending was sudden and unexpected, it seems Killam is at least grateful his time on SNL. He said,

“It’s always hard and sad to say goodbye, but it feels like an appropriate time and I am so, so grateful to have been a cast member on Saturday Night Live.”