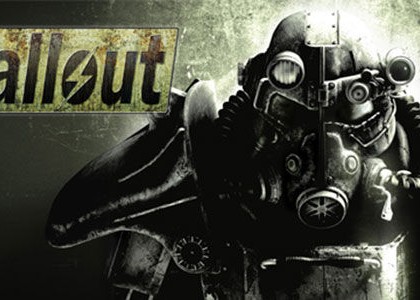 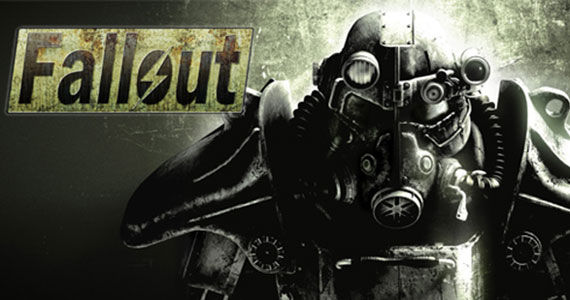 With the recent announcement of “Fallout 4” it is no surprise that Bethesda will be releasing an anthology collection of the previous games in the installment. The developer has revealed that PC gamers will soon be treated to a Fallout Anthology game collection that includes five games and official add-ons.

The Fallout Anthology game collection will be released for $49.99 and includes

Fallout 3: Game of the Year Edition

Fallout Anthology will be released on PC on Sept. 29.

One of the most popular Bethesda games, “Dishonored,” will be re-released as a Definitive Edition. The news was announced earlier this year at Bethesda’s E3 press conference.

The Definitive Edition will have enhanced graphics and bundle in all of the extant DLC. The new edition will release on PC, PlayStation 4, and Xbox One. It is currently available for pre-order on Amazon and will officially release in August. Bethesda confirmed the news with a Twitter announcement.

Need your #Dishonored fix before next year? Definitive Edition for Xbox One and PlayStation 4 arrives in August! #BE3 pic.twitter.com/4pBYHgGiHg

You can also be on the lookout for an exciting new release of “Dishonored 2!”

There is a lot of hubbub following the recent announcement for “Fallout 4” and rightfully so. The highly anticipated game has been on the minds of fans for years and years. Then this week, Bethesda gave us the official release date as well as tons of other news that has grasped the attention of everyone at E3.

Bethesda revealed that “Fallout 4” will arrive on Xbox One, PlayStation 4, and PC on November 10, 2015. It’s available for pre-order now on Amazon. They also revealed the amazing special collector’s edition which comes with a real life Pip-Boy – this one of the few collector’s editions I would ever recommend buying. The Pip-Boy is basically a case that fits a smart phone that is combined with a special Fallout 4 app giving players the Pip-Boy experience. It’s currently listed on Amazon in the US for USD $120.

“Fallout 4” was officially announced this morning and the trailer looks PHENOMENAL. The fourth installment in the series from Bethesda will release on PS4, Xbox One, and PC.

Taking place once again the Wasteland, we can only imagine what horrors the vault survivor will encounter with his trusty dog companion.

It has been an unfortunately long time since the last “Fallout” game was released. “Fallout 3” came out in 2008 and the standalone project form Obsidian, “Fallout – New Vegas,” graced us in 2010.

You can watch the aweosme trailer below and get incredibly psyched for the upcoming game below. No official release date has been announced yet but is expected to come soon.

Bethesda Studios have officially released the names of those who will be lending their voice to the upcoming horror survival game, “The Evil Within.” The game will feature Academy Award nominee Jackie Earle Haley, “Dexter” star Jennifer Carpenter, and Anson Mount.

In The Evil Within, Detective Sebastian Castellanos and his partners are called in to investigate a gruesome mass murder. After seeing the slaughter of fellow officers, Sebastian is ambushed and knocked unconscious. When he awakens, he finds himself in a deranged world where hideous creatures wander among the dead. Facing unimaginable terror, and fighting for survival, Sebastian embarks on a frightening journey to unravel what’s behind this evil force.

Haley will be voicing Ruvik, the game’s main antagonist while Mount will be voicing his counterpart, Sebastian Castellanos, the lead protagonist. Within the game, players will take control of Sebastian, a veteran police detective, as they struggle to stay alive.

Carpenter will voice Juli Kidman, the junior partner to Sebastian. It was recently announced that there will be a mode released for season pass players that allow them to play as Juli to experience the game from a new perspective.

“One of the most crucial elements to any successful survival horror game is the setting and sound, which includes the depth and authenticity of the voice acting. We brought together a great cast of experienced actors to help ensure that players really believe our characters’ emotions and the tension they feel in every scene.”

“The Evil Within” will be available on October 14 for the PlayStation 4, Xbox One, PlayStation 3, Xbox 360 and PC.

The highly anticipated horror survival game, “The Evil Within” is set to release one week earlier than initially announced. The game was first announced to release in North America on October 21 but the publisher Bethesda announced that it will now release on October 14!

Australia and Europe will get “The Evil Within” on October 16 and 18, respectively.

The game is played from a third-person perspective in which scavenging for supplies and learning when to fight or run are key factors in surviving. Sebastian will need to make use of the environment if he wants to survive whatever is thrown at him.

The official plot is as follows:

While investigating the scene of a gruesome mass murder, Detective Sebastian Castellanos and his partners encounter a mysterious and powerful force. After seeing the slaughter of his fellow officers, Sebastian is ambushed and knocked unconscious. When he awakens, he finds himself in a deranged world where hideous creatures wander among the dead. Facing unimaginable terror, and fighting for survival, Sebastian embarks on a frightening journey to unravel what’s behind this evil force.

Unfortunately one of the more anticipated video games, “The Evil Within” has been pushed back to an October release date. The news was announced by Bethesda this week.

“The Evil Within” was originally scheduled for an August release but will not hit the PlayStation 4, Xbox One, Playstation 3, Xbox 360, and PC on October 21.

“Shinji Mikami and his team at Tango Gameworks have asked for additional time to further balance and refine the game in order to deliver the polished, terrifying pure survival horror experience they set out to create,” Bethesda said.

The company also released the below players reaction video:

Recently it was believed that a Fallout 4 teaser site had surfaced online and now it appears that “Fallout” publisher Bethesda Softworks has trademarked the game in Europe. A registrations for the title, “Fallout 4” was discovered on the website of the Office for Harmonization in the Internal Markets, which is the official trademark office of the European Union.

The timing of this discovery lends itself even more to fan’s hopes that the fourth installment is on its way with the discovery of The Survivor 2299′ teaser site recently, registered to Bethesda’s parent company ZeniMax Media Inc.

Bethesda has declined to comment on the teaser site which is counting down to December 11 in Morse code. (Found thanks to our dutiful Redditors.)

While trademarks are never an exact confirmation, it does seem like the game is moving forward at Bethesda. For now, fans will have to wait till December to find out if those clues means anything.