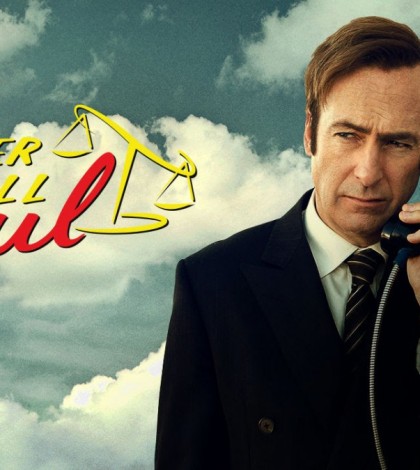 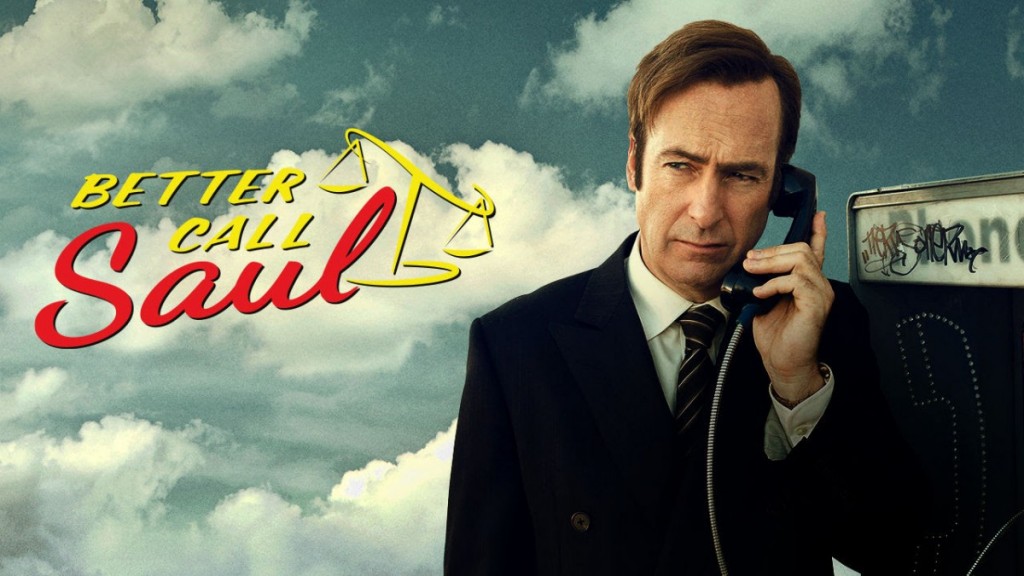 Not that this is very surprising, but the Breaking Bad spin-off that earned seven Emmy nominations last year has been renewed for a third season. “Better Call Saul” continues to be a fan favorite as well as a critical hit.

AMC has opted to give the series another 10 episodes, which will air sometime in 2017. Even better, the current showrunners and series creators Vince Gilligan and Peter Gould are set to remain at the helm for the new season.

AMC president Charlie Collier released a statement to the press in which he praised the success of “Better Call Saul.” He attributed its ability to harness the iconic power of its predecessor as a major source of its success.

“What Vince, Peter, Bob and the entire team have accomplished with Better Call Saul is truly rare and remarkable,” said Collier. “They have taken one of the most iconic, immersive and fan-obsessive (in the best possible way) shows in television history and created a prequel that stands on its own. Watching Jimmy McGill’s thoughtful, melodic and morally flexible transformation into Saul Goodman is entertaining and delighting millions of fans, whether their starting point was Breaking Bad or not.”

“Better Call Saul” has finally premiered after MONTHS of anticipation and it was a doozy. The series premiere broke the record for biggest series premiere in the history of cable television.

“In a competitive environment that sometimes gets as much press as the shows themselves, it is gratifying to deliver programming that breaks through and reaches passionate audiences. For AMC, it starts with the creative talent we are so fortunate to be working with including, among many others – in the order of last night’s unforgettable schedule – Robert Kirkman and Scott Gimple of The Walking Dead, Vince Gilligan and Peter Gould of Better Call Saul, and Chris Hardwick of Talking Dead. We are supremely thankful for the talented people who call this network home, and for the fans who continue to make AMC a television destination unlike any other. Walking. Calling. Talking. Humbling.”

The premiere brought in 4.4 million viewers aged 18-49, and 4 million adults aged 25-54. It will be debuting a second episode for its two night premiere tonight at 10pm ET/PT on AMC.

The premiere of “Better Call Saul” is almost here and while we patiently wait, AMC has released yet another trailer! The “Breaking Bad” spinoff is pre-Walter White but it also shows us how Saul became the criminal-lawyer.

Before he met up with Walter and was defending criminals, Saul was actually Jimmy McGill, a hot-tempered man who ultimately takes on the Saul Goodman name and rises to underground notoriety as a crooked and clever lawyer.

Better Call Saul will have a two-night series premiere on Feb. 8 and 9 at 10p.m. on AMC. Check out the new clip below:

AMC has finally revealed the artwork for the upcoming series, “Better Call Saul” The poster is above. The series stars Bob Odenkirk and Jonathan Banks.

The series will premiere over two nights beginning Sunday, February 8 at 10/9c on AMC, before moving to its regular timeslot on Mondays the next night, on February 9th.

“Better Call Saul” is set six years before Saul Goodman meets Walter White.  When we meet him, the man who will become Saul Goodman is known as Jimmy McGill, a small-time lawyer searching for his destiny and hustling to make ends meet.  Working alongside and often against Jimmy is “fixer” Mike Erhmantraut, a beloved character first introduced in “Breaking Bad.” The series will track Jimmy’s transformation into a man who puts the criminal in “criminal lawyer.”

Bob Odenkirk reprises his role as lawyer Saul Goodman along with BB alum Jonathan Banks who also reprises his role as Mike Ehrmantraut. The cast also includes Michael McKean as Chuck McGill, Rhea Seehorn as Kim Wexler, Patrick Fabian as Howard Hamlin and Michael Mando as Nacho Varga – characters who are said to represent both legitimate and illegitimate sides of the law.

Vince Gilligan, the creator of BB, directed the first episode of “Better Call Saul.” The first season will consist of 10 episodes and air Sundays at 10 P.M. The series has already been renewed for second season of 13 episodes by AMC.

Despite the delay to 2015, AMC has released a teaser trailer for the upcoming series “Better Call Saul.” The series, which has already been given a green light for two seasons, will premiere in February 2015 though we don’t have an exact date just yet.

“We could have made the deadline, but I am slow as mud. I still feel I’m very slow for television.”

The show, which is a spinoff of the mega-popular “Breaking Bad,” had fans wondering whether or not Bryan Cranston would reprise his role as Walter White. However, Cranston recently revealed that he would not appear but would be directing an episode.

The episode format of “Better Call Saul” has been described as taking place both in the past and future for titular character, Saul Goodman. The nonlinear storytelling will take viewers before, after, and during “Breaking Bad” but whether we see certain characters other than White is still unknown.

“I don’t think we’re giving anything away to say we’re still figuring this out — including if and when we’ll see some of these characters,” Gilligan recently said.

You can watch the teaser trailer for “Better Call Saul” on AMC below:

Fans have been wondering just when and where the “Breaking Bad” spinoff series, “Better Call Saul” series would take place and whether we would see any crossover with the original series. This week, executive producer Peter Gould and co-showrunner Vince Gilligan confirmed that “Better Call Saul” would take place before, during, and after “Breaking Bad.” In fact, it will move back and forth over several decades.

“One of the great things about having a time line which is flexible is that perhaps some of it takes place before Breaking Bad, during Breaking Bad, and afterBreaking Bad. That gives us the ability to bring back characters that were killed on Breaking Bad.”

Though Gould doesn’t want fans to think of this series as Walter White memorabilia but a series all its own that is building off of an already established framework.

“We want to make a show that stands on its own, is its own story and is a brand extension,” Gould continued. “We think we have a story that is worth making. … We could never dream of the kind of success that Breaking Bad had and the love we got from the fans. But [with Saul,] at a certain point, you have to do the best job you can and tell the best story that entertains you, get a good response and hope people like it.”

Another interesting aspect of the series is that for the first time we get to see Saul in another aspect of his life outside of work.

“We’ve only seen Saul in his professional habitat. It will be interesting to see a more personal, intimate side of Saul Goodman.”

Despite the “Better Call Saul” premiere being pushed to 2015, it has prematurely been renewed for a second season.

“It’s tremendous for us because we get to plot out two seasons, and the way we work is similar to “Breaking Bad” as it is very serialized, and each episode builds on the last,” he said of the renewal. “That gives us a much bigger canvas to play with.”

“Better Call Saul,” the “Breaking Bad” spinoff may not have even aired yet but it has already been renewed for a second season. The news was announced by AMC meaning we now officially get at least 23 episodes of the show.

Now for the bad news. “Better Call Saul” was initially supposed to premiere the first season in November but has now been pushed back to early 2015. This also pushes back season 2 until early 2016.

“Breaking Bad” creator Vince Gilligan serves as director on the series premiere then as co-showrunner with Peter Gould on the rest of the series.

“Production on Better Call Saul is underway, and we could not be more proud of nor more excited about the work to date. We join the fans in eager anticipation for this series, and today we happily confirm that our initial Saul order is for two seasons and a total of 23 episodes,” said AMC president Charlie Collier. “When introducing any series, especially one with the DNA of Breaking Bad, there are countless factors to consider in making sure the show gets the launch it deserves. We have a strong history with Vince, Peter, Bob, the studio and so many involved with this production; we are enjoying the process on Saul and all share a focus on making it a true television event. No half measures.”

It was a pretty intense ride as the main character from “Breaking Bad” went from likable cancer patient doing what he could for his family to a ruthless killer in the name of money over the span of the series. But did he get what he deserved in the end?

“I think he got what he deserved,” Cranston reflected. Adding, “I have hopes that Walter Jr. will take over the business and create an empire of his own.”

“How could I do that? I don’t know how that works,” Cranston reflected when asked if that is something he’d be interested in doing. “I would like to direct an episode, though.”

There are very few details about the roles the new cast members will play but according to a report from Deadline, Fabian “will play Burt, a Kennedy-type lawyer; Seehorn will play an attorney named Beth; and Mando will play Spanish-speaking career criminal Eddie.”

You might recognize Mando has the island pirate Vaas in “Far Cry 3.”

There is no premiere date yet for “Better Call Saul.”