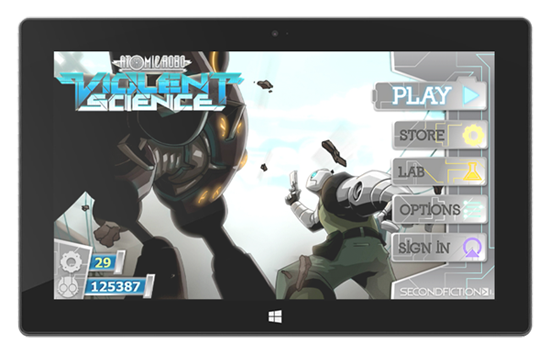 A new action-platformer video game based on the popular Atomic Robo series of Graphic Novels is now available for Windows 8 Devices including the Microsoft Surface, Windows 8 PCs, Asus Vivo, Samsung ATIV and many more. The game is sure to be a hit for mobile gamers and fans of the series.

The game itself features Atomic Robo, an automoton creation of Nikola Tesla.  Robo is running from arch-enemy, The Baron Von Helsingard while avoiding obstacles, collecting powerups and enlisting the help of his fellow “Action Scientists.”  The story unfolds in comic stylings, interstitials and in-game dialogue and is set to the music of electronic artists Virtual Boy and Antiskill.

The critically acclaimed Violent Science game has been enjoyed exclusively through the Mac App store until now as it releases on to Windows 8 devices. The indie studio, Second Fiction, is excited to make Violent Science available for the burgeoning Windows 8 market.  Members of the Second Fiction team have particularly enjoyed playing Violent Science on the Microsoft Surface as the game utilizes it’s 16:9 perspective in addition to impressive processing speeds.

“We know a lot of Atomic Robo fans are on Windows 8 desktops, laptops and tablets and now we’re happy to include them in what has been a really fun game launch for comic and mobile game fans everywhere,” says Allen Clements who is part of the creative team at Second Fiction.

Geek Magazine has praised the game, calling it,

“A great introduction to an immensely clever and entertaining comic series that’s worth checking out.” They went further to suggest that for fans of Atomic Robo, “…this is a must-have game.”

James Asmus who has written for Marvel including X-Men story arcs and Captain America tweeted this the same day the game launched,

“Gameplay, level design, kicka$$ music- it all exceeds the high hopes I had.”

Violent Science features more than 15 stages and 5 worlds of robot mayhem at an introductory price of only $1.49. 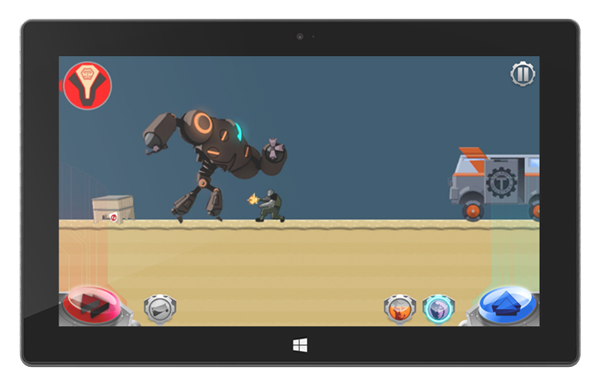