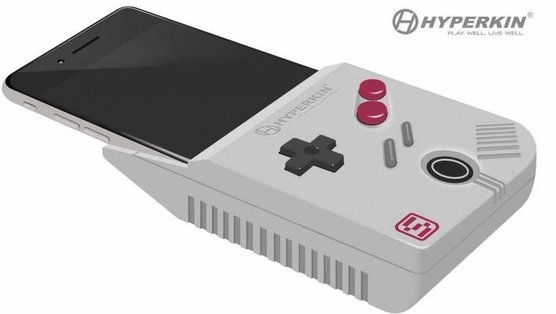 It is not uncommon to have classic and iconic games on mobile platforms these days but soon you may be able to turn your iPhone 6 into a fully functional Gameboy thanks to a new company called Hyperkin. The invention would allow you to play those iconic games of the past with the controls they were meant to have.

The device from Hyperkin is called the Smart Boy was originally announced last week on Reddit. The post outlines how the device would look in a conceptual stage as they plan to develop it for users. However, users of the site were wary as the post came out on April 1, the Fool’s Day. Overall, however, response was positive towards the Smart Boy and it was apparent there is a market for it. (If you have ever tried to play an old-school RPG on a touchscreen mobile platform, you know it can be pretty difficult.)

Currently, the design for the Smart Boy is catered towards to iPhone 6 and resembles a case for phone that you just slide on to the bottom. Once inside, you can use the traditional directional pad as well as the A, B, select and start buttons.

The most interesting aspect of the Smart Boy is that the blueprints show that you can play traditional Game Boy games by sliding them in the back cover. The cartridges slide into the back of the device and can support both original Game Boy games as well as Game Boy Color titles. Chris Gallazi, the product developer for Hyperkin, said,

”We wanted to create a retro device that can be easily adapted into any modern gamer’s arsenal of devices.”

The company reports that the first release of the device will come in 80’s grey but more colors will come later. Additionally, the device will include its own battery to extend your playing time so you can go uninterrupted while playing your favorite titles.

Currently, Nintendo has not commented on device. 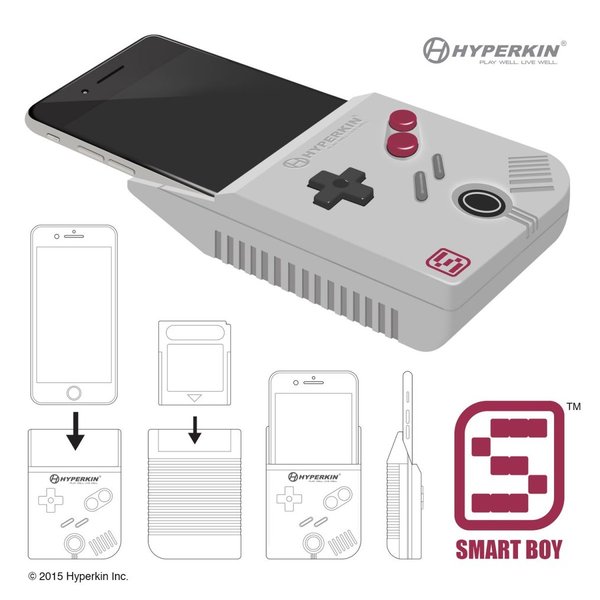