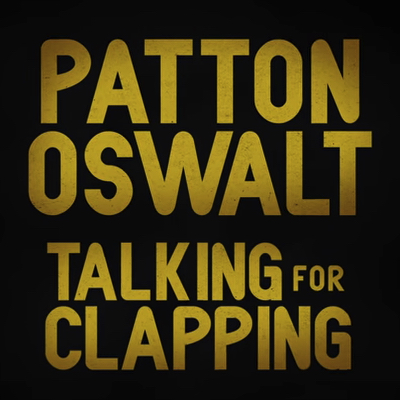 If you like comedy specials, Patton Oswalt is one of the best you can ask for and he has another special forthcoming! Netflix has released a trailer for the upcoming exclusive comedy special, “Talking for Clapping” where we can definitely expect Oswalt to use his Star Wars and Lord of the Rings knowledge for good.

As per Netflix’s description, the special will cover “everything from misery to defeat to hopelessness,” making it Oswalt’s “most upbeat special to date.”

In the clip, Oswalt quips, “I don’t know why they didn’t have me go to terminal wards where patients don’t want to let go of life, and just let me talk to them about Star Wars. They would’ve flatlined after 30 seconds.”

Talking for Clapping premieres on Netflix on April 22. Watch the trailer below:

In this article:Netflix, Patton Oswalt, Talking for Clapping