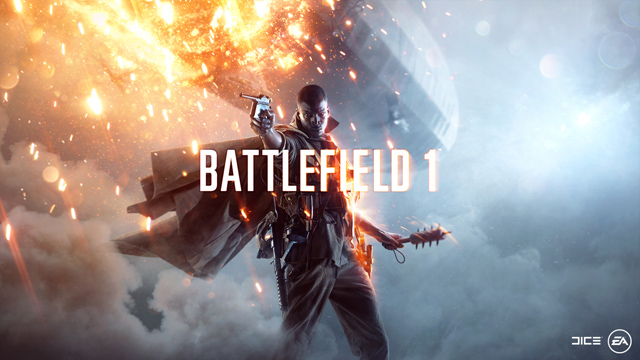 In super exciting news in gaming, DICE, an Electronic Arts studio, announced their newest installment in the Battlefield franchise: Battlefield 1. The game will launch on October 21st, 2016 worldwide on Xbox One, Origin for PC and PlayStation 4. You can pre-order your copy by clicking here!

The newest installment is set against the backdrop of World War 1 and takes you across multiple and varied locations in a bid to fight your way through immersive battles. From tight urban fights in a besieged French city, to big open spaces in the Italian Alps and frantic combats in the deserts of Arabia, discover a world at war through an adventure-filled campaign.

“The game will deliver a fresh experience full of what makes Battlefield great, with a multiplayer sandbox, immersion, epic scale, authenticity, team play and an ever-changing world full of unexpected Battlefield moments,“ said Aleksander Grøndal, Senior Producer, DICE. “We’re inviting players on an epic journey across a war-torn world, taking them to the Great War and providing something both varied and unique in Battlefield 1.”

Pick up the game October 21 and watch the reveal trailer below: