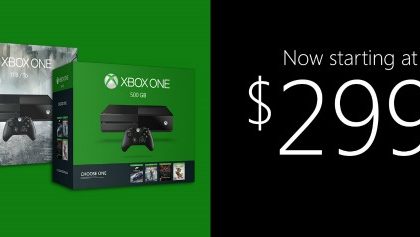 This is honestly why it sucks to be an early adopter of anything, even a semi early adopter. Microsoft has announced they are once again dropping the price of the Xbox One console bundles to the lowest it has ever been: $299. It started out at almost $500 when it first came out and periodically dropping $50 bucks at a time.

This most recent price drop to $299 actually puts the Xbox One $50 cheaper than the PS4. This could also be Microsoft’s attempt to overtake its competitor in the only way it can (since it has a lack of new and exclusive games and comparable hardware.)

Microsoft’s price drop timing is also interesting as it is just two weeks before E3, the biggest gaming convention of the year. Based on several anonymous sources, it is heavily rumored that Microsoft will reveal a new, more powerful Xbox One model as well as a more compact version of the current Xbox One.