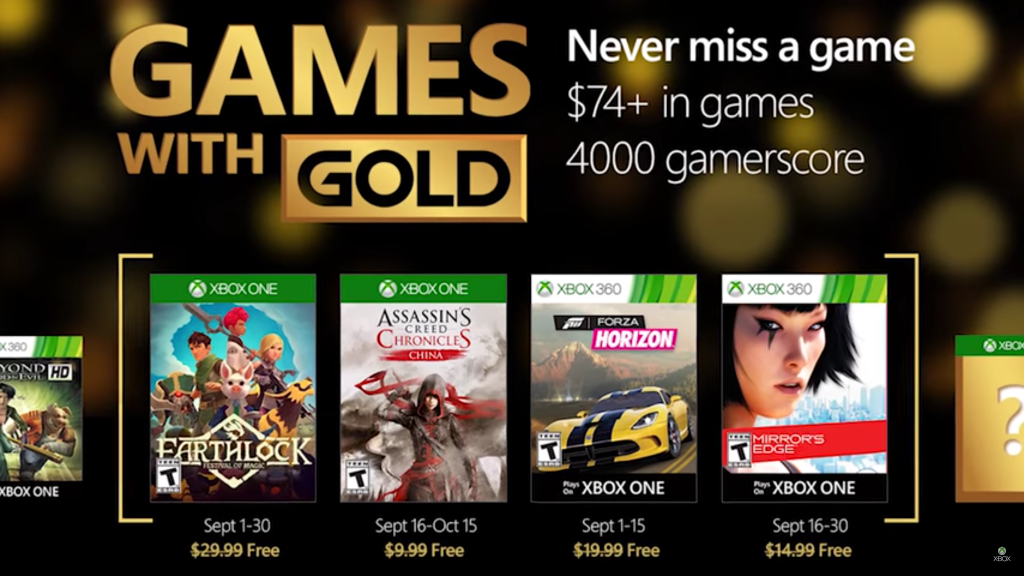 The Games with Gold for September has officially been announced for the Xbox One and Xbox 360. The four free games, Xbox Live members get will be “Earthlock: Festival of Magic,” “Assassin’s Creed Chronicles: China,” Forza Horizon,” and “Mirror’s Edge” for free.

For Xbox One, players get Earthlock: Festival of Magic for the entire month and Assassin’s Creed Chronicles: China from September 16th to October 15th.

You can play both Xbox 360 titles on your Xbox One with Backward Compatibility.