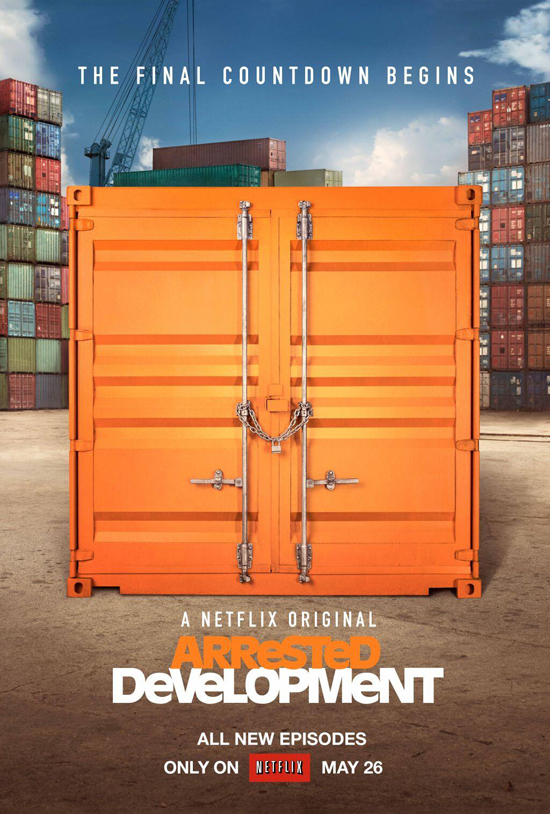 Netflix has officially released the first trailer for the upcoming season of “Arrested Development” which will be premiering exclusively on Netflix beginning May 26th. The show, which originally ran on FOX November 2, 2003 though February 10, 2006, has returned after repeated attempts by fans to get the show back on the air.

Since its debut in 2003, the series has received widespread critical acclaim, including six Emmy Awards and one Golden Globe, and has attracted a cult following, including several fan-based websites. In 2007, Time listed it among the magazine’s “100 Best TV Shows of All-TIME.” In 2008, the show was ranked 16th on Entertainment Weekly‘s “New TV Classics” list. In 2011, IGN named Arrested Development the funniest show of all time.

Despite acclaim from critics, Arrested Development received low ratings and viewership on Fox, which canceled the series in 2006. Rumors of a fourth season and a feature film persisted until 2011, when Netflix agreed to license new episodes and distribute them exclusively on its streaming video service. Fifteen brand new episodes will be released simultaneously on May 26, 2013. The script of an Arrested Development film has also been in development, with the main cast purported to reprise their original roles.

You can watch the trailer for season 4 of “Arrested Development” below:

In this article:Arrested Development, Netflix, The Bluth Family, Trailer