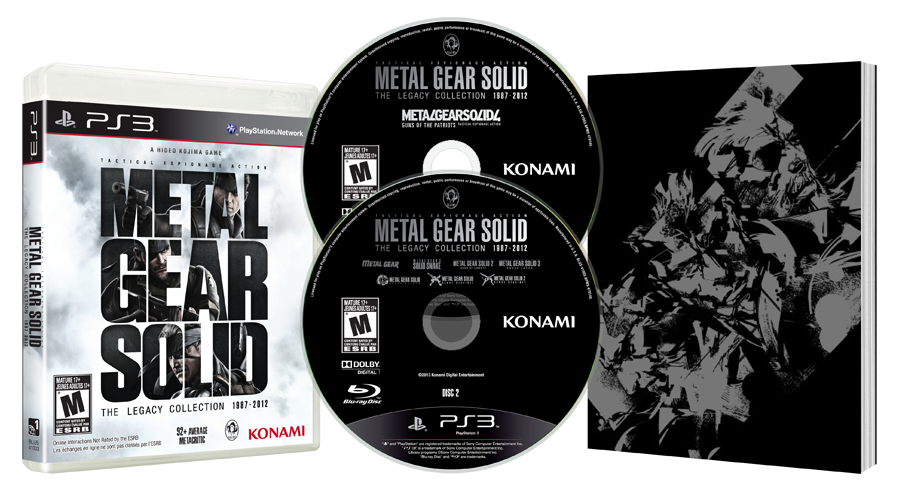 Konami Digital Entertainment has announced today that METAL GEAR SOLID: THE LEGACY COLLECTION will be available in North America and South America on July 9, 2013. The collection is celebrating the 25th anniversary of the METAL GEAR SOLID franchise.

In addition, the collection will include an all-new 100 page art book highlighting marketing art from across the globe, spanning the profound 25 year history of the esteemed franchise.

The METAL GEAR SOLID series is the seminal work of Hideo Kojima, Japan’s master game creator, and the progenitor of the stealth action game genre. With more than 33 million units sold to date, the METAL GEAR series has become a global phenomenon. The player controls a secret agent from an elite special forces unit who is sent on solo stealth missions through enemy installations, vast jungles, and sometimes even the thick of battle.  Alone and surrounded by the enemy, even a special forces agent will find it tough to come out alive. But that is the secret behind the series’ popularity—the cerebral challenge of figuring out how to avoid combat, and the thrill of sneaking through enemy territory undetected.

METAL GEAR SOLID: THE LEGACY COLLECTION will be available on July 9 for $49.99 for the PlayStation®3 computer entertainment system.